Ciryl Gane recently picked up a knockout victory against Derrick Lewis at UFC 265 and is now the interim heavyweight champion of the UFC. The French native will get ready for a unification fight with the reigning heavyweight champion, Francis Ngannou.

Interestingly enough, both Ciryl Gane and Francis Ngannou trained together a few of times before ‘the predator’ finally changed his team after his first loss to Stipe Miocic. At that time, Gane was transitioning to MMA from a highly successful kickboxing career, training at the MMA factory with Fernando Lopez.

In a recent interview with RT Sport, ‘Bon Gamin’ shed some light on his sparring sessions with Francis Ngannou prior to making his debut in the UFC.

“Of course, we just did a few training together. We didn’t do a lot of training, a lot of sparring, so yeah, I remember that, of course. Good memories because I just started in MMA and to train with the guy in the top five in the UFC it was really crazy for me. It was really crazy for me and I’m really proud of that and I want to be thank you for that! It was a good exercise for me to compare my level a little bit. But I just started in MMA, but it was a good help.”

A day before Gane’s latest appearance in the octagon, ESPN shared footage of the two heavyweights sparring each other ahead of Ngannou’s bout with Alistair Overeem. And although both fighters have come a long way since then, sparring sessions allow them to get a sense of each other’s movements and tendencies. This certainly makes the upcoming matchup even more intriguing than it already is.

Considering his latest performances in the ring, Gane is a favorite going into the title fight. However, that alone won’t be enough to get him past Francis Ngannou’s ferocious strength and power come fight night.

Is Ciryl Gane the evolution of MMA at heavyweight?

With an undefeated MMA record of 10-0, Ciryl Gane has quickly made it to the top of the list of heavyweights in the UFC. His ability to move in and out of range, coupled with his flawless footwork and stamina, are qualities we’ve hardly seen in any heavyweights until now. 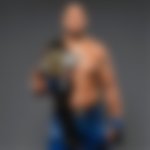 Standing 6ft4 inches tall, Ciryl Gane is a patient fighter, who is more than happy to stay on the outside picking his opponents apart throughout the fight. A complete fighter, Gane has a variety of weapons in his arsenal and is a threat at all times. Many analysts and critics of the sport believe Gane could become champion and reign supreme over the division for the foreseeable future.

What do you think? Is Ciryl Gane an evolution of MMA at heavyweight? Will he become the undisputed heavyweight champion of the UFC? Let us know in the comments.

Watch This Story: Conor McGregor, Anderson Silva, and Other Fighters Joe Rogan Interviewed After Being Viciously Knocked Out