The reigning light heavyweight champion Jan Blachowicz is getting ready to make his second title defense against UFC veteran Glover Teixeira. Following a knockout loss to Thiago Santos in 2019, Blachowicz came back strong and is now on a five-fight win streak.

An incredible streak, that includes victories against Luke Rockhold, Israel Adesanya, and most notably, Dominic Reyes for the vacant title at UFC 253. The first Polish champion in the UFC, Blachowicz, has looked unstoppable in his recent outings.

Having made his UFC debut back in 2014, Jan Blachowicz has had his fair shares of trials on the way to the title. However, his win against Luke Rockhold certainly helped him to gain the momentum he needed. 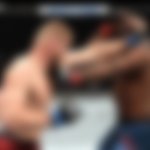 Since then, the 38-year-old hasn’t looked back and seems to improve with each passing fight. Known for his fabled polish power, Blachowicz has three devastating knockout finishes in his last five outings.

Along with being a crisp boxer with an extensive background in Muay Thai, Jan Blachowicz is quite comfortable displaying his grappling skills if taken down to the canvas.

As of now, Blachowicz seems to be in the prime of his career. Right from his mindset to his physical conditioning, Blachowicz believes he is unstoppable at this point.

In fact, the otherwise soft-spoken and respectful Blachowicz recently conducted a Q&A session with his fans on Twitter. And when asked what was his favorite color, this was the champion’s response;

The color of my enemies' blood.

Blachowicz’s answer gives us insight into his mindset as a champion. Despite being at the top of the division, Blachowicz hasn’t let the newfound fame deter him from his goal of staying on top.

A win against Glover Teixeira will certainly add to the Polish champion’s legacy as a great light heavyweight.

If there’s anything we’ve learned about Jan Blachowicz in the past few years, it is that he is perhaps one of the most well-rounded fighters in the division. Add to that his devastating punching power and you’ve got a lethal combination; virtually unstoppable.

Blachowicz undoubtedly has the necessary tools to remain a champion. However, at thirty-eight, he doesn’t have a lot of time on his hands.

And considering the slew of contenders and rising stars in the division, Blachowicz will have his hands full as a champion for quite a while. Nevertheless, for now, Jan Blachowicz has to deal with the task ahead of him at UFC 267.

What do you think? Can Jan Blachowicz become a dominant light heavyweight champion? Let us know in the comments.

Watch This Story: Nick Diazs Intense Training Routine For His Rematch Against Robbie Lawler at UFC 266