Jan Blachowicz’s Polish Power: Why Is His One Punch Knockout Famous?

Jan Blachowicz is by far one of the best fighters UFC has seen. Overcoming several difficulties in his early UFC career, the Polish fighting star has achieved heights that many can only dream of. With sheer will and determination, he managed to occupy the light heavyweight belt at UFC 253 after defeating Dominick Reyes.

The professional mixed martial artist is known for his precise punches and strikes. His ‘one-punch knockout’ is even more famous.

Blachowicz and Corey Anderson first fought in 2015 at UFC 191, where the latter emerged as the winner. However, they faced each other again in the octagon at UFC 167 and this time, Blachowicz made sure to not let history repeat. He defeated Anderson with a one-punch knockout.

Jan knew that he needed to do something spectacular to get his title fight and a chance to fight the famous Jon Jones. As a result, he threw a brutally powerful right hand, which knocked Anderson out. This happened within the first three minutes and eight seconds of the opening round. With this victory, Blachowicz took one step closer to his title fight and Anderson’s four-fight winning streak came to an end.

Interestingly, Jon Jones not only witnessed the fight, but also was in the front row during the knockout. Addressing Jones from inside the octagon, Blachowicz said, “You promised me you’re next. Let’s do this. Tell me when.”

Speaking about Blachowicz, Jones said, “I thought he looked tremendous. Crisp boxing, good takedown defense. I’m happy to see Corey Anderson eat his words. He’s been talking so much trash…. Jan has great knockout power. He’s very technical. His fundamentals are very sharp, I could totally see the UFC matching us up with each other.”

Anderson’s health scare getting knocked out by Jan Blachowicz

Post his knockout loss, Anderson suffered a serious health scare. In a Facebook and Instagram post, the fighter revealed details about how he suddenly collapsed. He had to put a temporary stop to his fighting career until he received clearance from the doctor. He also advised his fellow fighters to look after their physical and mental health. 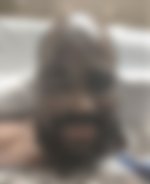 Anderson isn’t the only person Blachowicz managed to knockout. Out of Blachowicz’s 28 MMA wins, eight of them were through knockouts. This includes great fighters like Luke Rockhold and Dominick Reyes. He was thus successful in securing the light heavyweight belt at UFC 259. With this, he became the first male Polish UFC champion and also the second Polish UFC champion, after Joanna Jedrzejczyk.

As a result of the power behind his punches, Blachowicz’s one-punch knockout became well known in the UFC and MMA circle.

Jan Blachowicz is all set to face another powerful fighter, Glover Teixeira, at UFC 267. Both the fighters have a five-fight winning streak and will look to make a statement. This will be the Polish fighter’s second light heavyweight title defense.

Who do you think will end up winning the title this time? Will Blachowicz’s fans get to see his famous one-punch knockout? Let us know your thoughts in the comments below.

Watch this story: Mikey Garcia and His Journey To The Boxing Pinnacle