It is not a secret that the global star and former UFC lightweight champion Khabib Nurmagomedov is a fan of various sports other than MMA. ‘The Eagle’ loves MMA so much so that he has recently bought his own MMA promotion and named it after his moniker Eagle FC.

However, the Russian star is an ardent football and tennis fan. Furthermore, he also has a connection with the notable names of both sports. One of them is the tennis legend, Novak Djokovic.

Recently, the 20-times grand slam champion failed to meet the pandemic requirements. Hence, he is facing visa issues after his arrival in Australia for the Australian Open. Ever since then, many fans and other athletes have expressed their support towards Djokovic.

One of them is the undefeated fighter and UFC legend Khabib Nurmagomedov. The latter posted a video highlight of the tennis star on the stories of his official Instagram account. 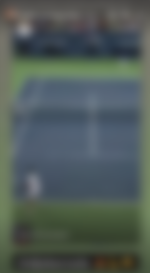 ‘The Eagle’ also tagged Djokovic in his story. However, this is not the only time Nurmagomedov has mentioned the tennis star on his Instagram account. Fans have witnessed both men having frequent interactions on social media through their stories.

WATCH THIS STORY: Jon Jones Net Worth: Five Biggest Cash Grabs of Bones in and Out of the UFC

The Serbian tennis star still awaits word on whether he can play the Australian Open 2022. Meanwhile, the former UFC champion has retired from professional fighting. However, is doing great things outside the UFC.

‘The Eagle’ has an undefeated MMA record of 29-0 under his name. He made his last successful title defense against Justin Gaethje in 2020. After that, he hung up his gloves forever. However, Dagestan’s son is still connected to the sport even after retiring.

The UFC legend bought a Russian-based MMA promotion, the Gorilla FC, and named it Eagle FC. Ever since then, the promotion has made much buzz among the fight fans., thanks to Nurmagomedov’s popularity.

Eagle FC will soon have his first-ever event on American soil this year. Interestingly, the former UFC champion also brought Rashad Evans out of his retirement. The latter will compete in Nurmagomedov’s promotion.

‘The Eagle’ has also signed the ex-UFC fighter Kevin Lee at Eagle FC. Furthermore, after retiring from fighting, the former champion has turned his attention towards coaching. He trains his friends and teammate for their UFC career.

He also has multiple other business and brand deals. The UFC legend has found much success in other areas after retiring and continues to build more.

What are your thoughts on Nurmagomedov supporting Djokovic? Write us down in the comments below.