UFC’s current hot-prospect Khamzat Chimaev is relishing on a three-fight win streak within just two months into the promotion. He has finished all of his opponents till now, gaining the latest win against ‘GM3’ Meerschaert via TKO in 17 seconds. While certain fans tagged him as a ‘hype train’, his recent win at UFC Fight Night 178 has put a quell on his criticisms.

Meanwhile, ‘Borz‘ Chimaev has already set his eyes on the A-listers of the division, asking Dana White to offer him at least five big fights shortly. It isn’t even surprising if we look at Chimaev’s activeness in the past two months. 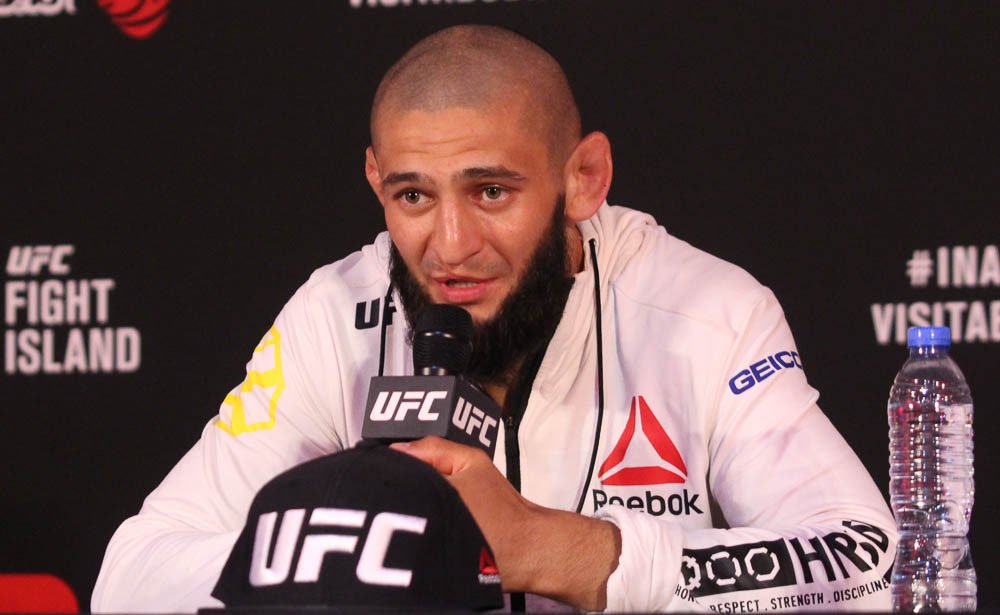 Without taking a lot of damage, Chimaev has manhandled all 3 of his opponents. Thus, it is safe to state that he can alarm a lot of top-rated fighters in the promotion. Especially when he has already put them on his radar.

Khamzat Chimaev is in a league of his own

The 26-year-old Swedish fighter recently took to social media and dropped a massive tweet, calling out at least half of the stellar welterweight roster.

He drafted a plan for the upcoming welterweight title tale, placing all the top-contenders in order. Since Kamaru Usman will defend his UFC gold against Gilbert Burns, Chimaev wants to lock horns against Colby Covington, Jorge Masvidal, Leon Edwards, Demian Maia, and Stephen Thompson, in the meantime.

However, it wasn’t a simple callout for obvious reasons. Chimaev added some cheek to the tale and vowed to smash all of them.  He wrote, “They only have different face result will be the same Smash let’s go.”

That said, it might not go as per his plan. After a dominant victory over Tyron Woodley, Covington is in line to face the winner of Burns vs Usman, unless Masvidal jumps into the mix again.

Thus, it will put Chimaev out of the title race for the timing. Nevertheless, looking at his sheer skill, dominance, and activeness, it may not be long until he gets features in championship conversations. Till then, Khamzat Chimaev needs to continue what he is already doing in his rise to UFC glory.