Colby Covington had a lot of frustration left over after he knocked out Tyron Woodley in the main event of UFC Fight Night 178.

‘The Chaos’ used his victory lap to lash at a bunch of people, one of them being NBA star LeBron James. Looking at the political unrest going all over the US, various people have turned their voices into stages of debate. Likewise, Colby Covington and LeBron James don’t walk down the same road with their stance on major issues. 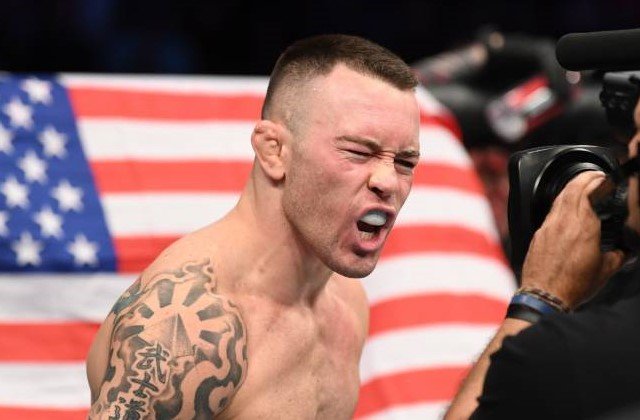 That said, the UFC superstar did not hesitate to call out ‘King’ James, paving the way to some sensational news. Moreover, his callouts to James on social media reflect the same.

Colby Covington and LeBron James feud: Is it cross-promotion or way too personal?

The entire feud began after Covington and James shared different opinions regarding the entire ongoing scenario in the sports community and the US.

It instantly ignited a feud between them. However, Covington continued the controversy by dragging it down to social media. After a dominant victory over Tyron Woodley, ‘Chaos’ took to Instagram and billed LeBron James as “coward.”

Lakers’ LeBron James on critics: “Anybody can talk from outside but if they got into the ring or got into the arena, probably 10 times out of 10, they’d s—- their pants.” pic.twitter.com/QjhIoKomyV

In response, James offered something similarly harsh after a dominant win over Denver Nuggets on Sunday. The Laker sensation had a coherent message for his haters. “Anybody can talk from outside, but if they got into the ring or got into the arena, probably 10 times out of 10, they’d s—- their pants.”

LOL at the snowflakes that believe @KingJames could even last 10 seconds with me! If that coward had the balls or the ability to kick anyone’s ass, Delonte West would’ve lost his teeth long before his meth habit! pic.twitter.com/TQZ56FBnt1

Meanwhile, Covington attacked James a second time, calling the basketball legend a “coward” once again and claiming that the latter would not survive 10 minutes with him.

“If that coward had the balls or the ability to kick anyone’s ass, Delonte West would’ve lost his teeth long before his meth habit!”

Meanwhile, the feud has already grabbed a lot of attention. However, it is not something the fans would cherish for the healthy reasons. Covington and James are two of the biggest superstars from UFC and NBA, respectively. Also, they have global fan bases. Thus, a bad-blood beef between them would significantly affect their promotions and their games.