UFC never would have been them the same if not for key voices like Joe Rogan, Bruce Buffer, Mike Goldberg, and more. These stalwarts of the business helped evolve the sport, while Rogan also played a key role in educating the audience about MMA.

Rogan also offered his services for free in the beginning in exchange for ring-side tickets for his friends. Since those humble days both Rogan and UFC have evolved tremendously, as UFC icon has build his own family and an alternate career as a podcast host.

Who is Joe Rogan’s first daughter?

Known to be a multi-talented artist, Rogan has built an amazing career and has achieved much success. He isn’t just a color commentator for UFC but is also an accomplished comedian and MMA analyst.

This trait is shared with his first daughter, Kayja Rose, who is an adopted child and has been a part of the household since 2009 when he decided to marry his now-wife, Jessica Rogan. Jessica is Kayja Rose’s biological mother and first child from her previous marriage with H-Town crew singer Dino Conner.

How many daughters does Joe Rogan have?

Aside from Kayja Rose, Jessica, and Joe have two more daughters in Lola (14-year-old), and Rosy (12-year-old) that he has had with his wife Jessica Rogan. 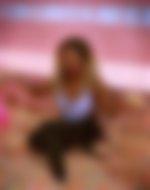 Kayja Rose does not share the same last name as her stepfather, but they are very close to one another.

What does Kayja Rose do for a living?

Following her stepfather and biological father’s footpath, Rose adopted her talent as a singer from a young age. Following her passion as an R&B singer, the 24-year-old has already churned her first episode on Spotify titled’ Tipsy’.

She has also produced 5 more singles on the platform, adding more feathers to her cap. Much like her biological father, Rose is hoping to build a fanbase of her own with soulful songs like ‘Lies’, ‘Sleepless’, and many more.