It seems like fans will soon get to witness the rematch between Robert Whittaker and middleweight champion Israel Adesanya. A day after UFC president Dana White mentioned he was aiming to book the fight early next year, Robert Whittaker has now taken to Twitter to share a picture of himself in the octagon with the caption ‘January’.

While the exact details of the event are still unclear, the matchup is in the works for the month of January. At first, both fighters were looking to fight on the UFC 268 card in Madison Square garden.

However, the intense travel restrictions and protocols in New Zealand posed a problem for the champion. As a result, the matchup seemed off the cards for a while. Nevertheless, with the fight month narrowed down to January. Both Whittaker and Adesanya can finally begin training for the big day.

Robert Whittaker, a former middleweight champion, lost the belt to Adesanya at UFC 243, in 2019. A devastating second-round knockout loss put things into perspective for Whittaker. Now, the Australian national is on a three-fight win streak in the division, with wins against Darren Till, Kelvin Gastelum, and Jared Cannonier. 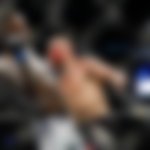 On the other hand, Israel Adesanya has gone on to defend his belt three more times since their first meeting. ‘The Last Style bender’ also took a shot at the Light heavyweight belt, going up against Jan Blachowicz, only to be handed his first official loss in MMA.

Following his most recent title defense against Marvin Vettori, Israel Adesanya has been eager to rematch Whittaker. And considering how Whittaker has turned things around after his last loss, there isn’t a better challenger for the title at the moment.

Can Robert Whittaker become a dominant champion in the future?

One of the most cerebral fighters in the UFC’s middleweight division, Robert Whittaker is a former champion who has the tools to become a champion once more.

If anything, his recent performances against Jared Cannonier and Gastelum have given us insight into his improvements as a mixed martial artist.

Going into the rematch with Adesanya, one can expect ‘The Reaper’ to come in with a solid game plan in place. Both fighters are top-level strikers and will look to outsmart each other on the feet.

Whittaker will have to find a better way to get on the inside as opposed to his blitz in approach. As it was the same approach that cost him the fight the first time.

Regardless, one can envision Whittaker becoming a dominant champion again. Especially if he can get past Israel Adesanya in the rematch.