Sean O’Malley announced on his official Instagram page that he is due to return on February 13, 2021. February 13 is the tentative date for the UFC 258 pay-per-view.

The card is expected to be headlined by the welterweight title fight between Kamaru Usman and Gilbert Burns. Also, an exciting middleweight rematch between Chris Weidman and Uriah Hall might be on the card.

Sean O’Malley’s last appearance was at UFC 252. The bantamweight prospect suffered his first professional loss to Marlon Vera via TKO in round 1, as he suffered an ankle injury during the fight.

After being off 2 years due to injuries, Sean O’Malley started 2021 in spectacular fashion by knocking out Jose Quinones at UFC 248. At UFC 250, he provided a knockout of the year contender against former WEC champion Eddie Wineland. “Suga” came up with a spectacular walk-off knockout.

At UFC 252, the UFC gave him the co-main event slot. The company realized the potential star power in O’Malley. Although, the fight didn’t go according to the youngster’s plan. He will be desperate to be back in the win column upon his return. 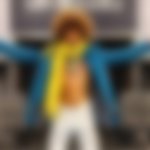 UFC 258 will be the promotion’s return to the US

The UFC 258 card on February 13th is supposed to be the organization’s return to the US. The UFC will be off to the fight island once more at the start of 2021.

The main event between Max Holloway and Calvin Kattar is expected to start the year off with a banger. Post that, the recently announced and much-anticipated rematch between McGregor and Poirier at UFC 257 is set to take place.

At the young age of 26, O’Malley is entering the prime of his fighting career. Even though the loss to Vera was a setback, “Suga” was in control until he injured his ankle.

His striking is different and way ahead of his opponents. Suga’s return to the octagon will certain will bring more entertainment for the fans. However, we still know little to nothing about his prospective opponent.

Who should O’Malley face next upon his octagon return? Let us know your thoughts.