Published 04/08/2021, 1:53 PM EDT
UFC middleweight contenders Darren Till and Marvin Vettori were supposed to fight each other this Saturday. However, the fans were swindled out of this amazing contest by some unbelievably bad luck. Darren Till pulled out of the fight, citing injury.

The event will still go ahead after Kevin Holland stepped in to fight Vettori. It is a good fight in its own right, but fans would miss out on an amazing match-up. However, even if the fight didn’t materialize, there is some genuine hate among the two fighters.

Vettori accused Till of being scared and said that he faked his injury. However, Till responded with a long post on Instagram with several shots at Vettori. He started by politely asking Vettori if he was missing a few brain cells, but that was all the politeness Vettori would get. 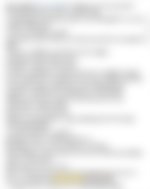 Till started by saying, “If only you f****** knew what I went through this camp to get 2 fight you. Inside & outside the gym!”

He didn’t stop there and said that Vettori would have been his easiest fight as he is just a walking punching bag, which is tough. “So keep ur bitter mouth shut,” he said. He was really offended by the fact that Vettori accused him of something like that, and he let Vettori know the same.

Till has been known for his hilarious pranks and jokes, but he is a real professional in the gym. He revealed that he still trains with harsher injuries than 90% of the roster.

“What you want me to do? I’ve broke my fucking collarbone u utter moron,” Till revealed. The shots didn’t stop there, and Till called Vettori an “ugly looking lord of the rings ork m*********r.“

He ended it all by reminding Vettori that he isn’t really from Italy and has lived in California for most of his life. That was one wild ride from start to finish. The fans would be really happy to see the return of this savage version of Darren Till.

Aniket Awasthi is a UFC author at EssentiallySports. This STEM undergraduate combines an insatiable urge to write with his admiration for MMA and the UFC in general to enhance his journalism. He calls charismatic names like Chael Sonnen and 'The Count' Michael Bisping as his favorite fighters, but he is a great admirer of the rise of Israel Adesanya ever since he fought Rob Wilkinson at UFC 221.
ARTICLES BY AUTHOR