The Venezuelan fighter has already faced Aldo in a prior bout inside the octagon. Aldo emerged victorious in that meeting, beating ‘Chito’ by a decision on the judge’s scorecards. In his tweet, Vera called for a rematch, saying, “Let’s do it again, Jose Aldo Jr be a man and take a five rounder with me.”

Since losing to champion Petr Yan at UFC 251, Aldo has been performing incredibly well. Starting with Vera, he quickly amassed an impressive win streak. Defeating young, dangerous prospects like Rob Font and Marlon Vera and veterans like Pedro Munhoz. Aldo, who is considered one of the greatest fighters of all time, is now eyeballing a second shot at the Bantamweight belt.

However, given the current state of the division, it is unlikely that will happen soon. This is because a unification bout between Petr Yan and Aljamain Sterling needs to take place first before the division can move on.

Acknowledging this Jose Aldo in his post-fight interview mentioned that he was open to fighting one more fight before demanding his title shot. 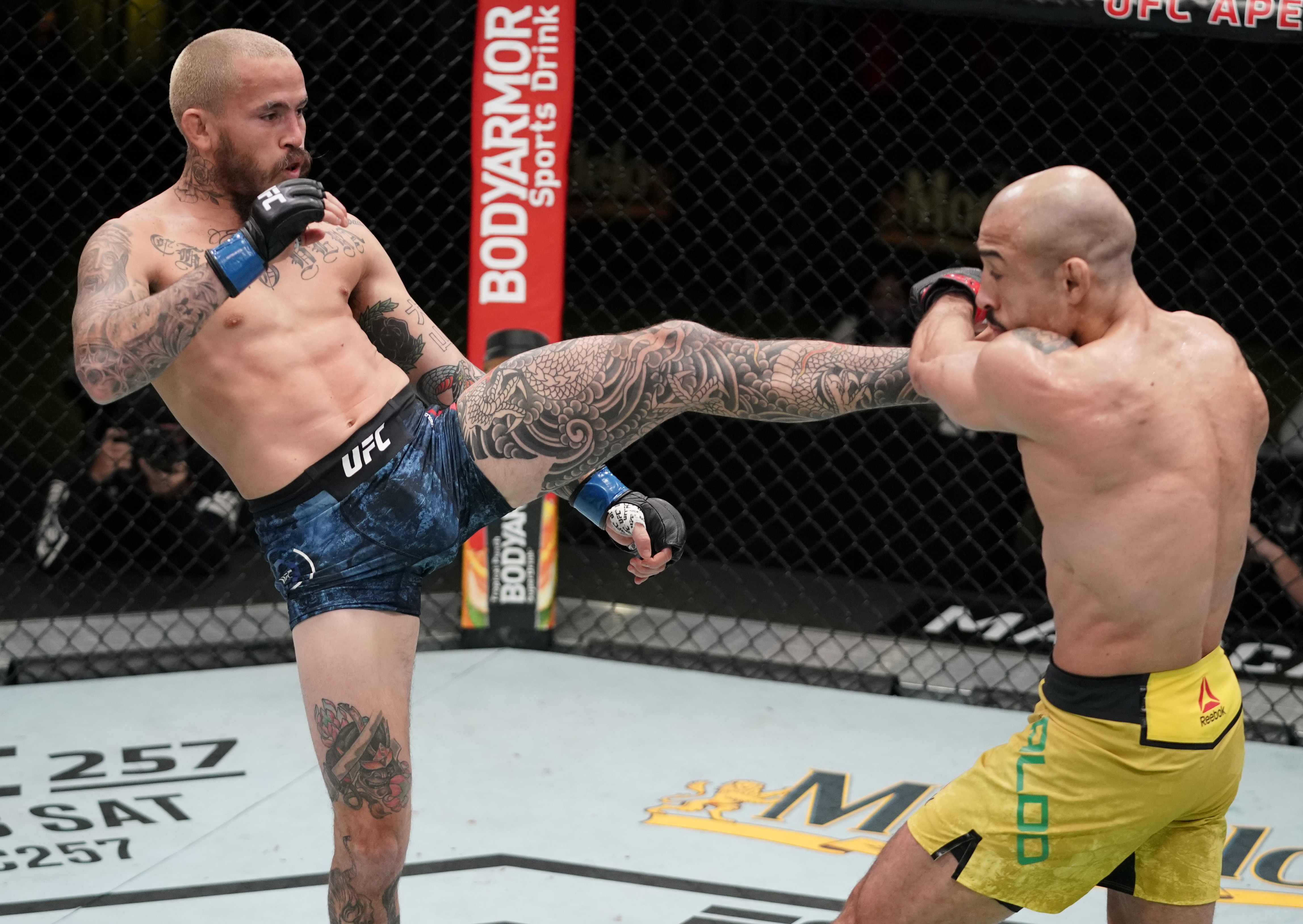 Marlon Vera has also been in some amazing fights since his loss. He has defeated the likes of Davey Grant and former champ Frankie Edgar in his last showings. Now on the cusp of breaking into the top 10 of the division, Vera is champing at the bit for a top opponent.

Jose Aldo training with the navy

Aldo has always been one of the best strikers in MMA. Known for his devastating leg kicks and crushing body shots, Aldo dominated the featherweight division for the longest time.

However, since moving down to bantamweight, his fight style has pivoted to be more boxing-heavy approach. This is probably because the Brazilian is now training boxing with the ‘Brazilian Navy Boxing’ academy.

Training with the navy has taken Aldo’s game to the next level. He now displays a crisper, more precise jab and combinations paired with amazing head movement. The navy also seems to have done wonders for Aldo’s mindset since he hasn’t lost a fight since he started training there.

Who do you think the king of Rio will face next? let us know in the comments below.

Watch this story:- Five Potential Opponents for Jose Aldo After His Dominating Victory Over Rob Font