Former UFC light heavyweight champion Jon Jones took to social media to share his disgust over the UFC pound-for-pound rankings. ‘Bones’ also took a dig at the UFC middleweight champion Israel Adesanya, who overtook him in the standings.

Jones wrote on Twitter, “It’s funny seeing people have the satisfaction of being ranked over me when I’m not even competing. Just take me off that silly list.”

In a direct dig at ‘The Last Stylebender’, he wrote, “When you ranked over Jon Jones on a pound-for-pound list but know you can’t defend a takedown.” 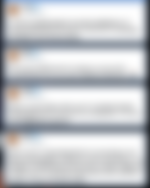 “When you get dudes whose a** I’ve already kicked, talking about Jon‘s first loss is coming soon. I’m over here laughing my a** off.”

“I find it rather interesting that I’m not seeing any of these heavyweights talking sh*t. No comments on my troubles. It’s the fellows who either wouldn’t fight me or who’s a** I’ve already kicked who seem to be the loudest. Funny how that works.”

‘Bones’ last competed at UFC 247 against Dominick Reyes and successfully defended his light heavyweight gold. Later, he vacated the gold and announced a move to the heavyweight division of UFC.

Despite it having been almost 21 months since his last fight, the 34-year-old hasn’t entered the octagon; his return date remains a mystery.

Jon Jones was once on the pinnacle of the UFC pound-for-pound rankings. However, after not being in action for a long-time ‘Bones’ has fallen down to the #4 position.

Meanwhile, middleweight champion and Jones’ rival, Israel ‘The Last Stylebender’ Adesanya (21-1), with three title defenses under his name, sits at #3.

Undefeated UFC featherweight fighter Alexander ‘The Great’ Volkanovski (23-1) is one of the most dominant fighters in the promotion. The 145 lbs champion is #2 in the pound-for-pound rankings and holds two successful title defenses under his name.

At the pinnacle of the UFC pound-for-pound rankings stands the welterweight champion Kamaru ‘The Nigerian Nightmare’ Usman (19-1) with an amazing four title defenses under his name. He has the most consecutive title defenses among current UFC men’s champions.

What are your thoughts on the UFC pound-for-pound rankings? What do you make of Jon Jones’ latest rant? Let us know in the comments section below.