The current UFC lightweight champion, Charles Oliveira is one of the most technical fighters in the game. He has earned his title the hard way, facing some of the toughest competition throughout his career. With the record for most submission wins in the UFC, ‘Do Bronx’ has established himself as one of the most dangerous grapplers to step into the octagon.

However, there is a lot more to the Brazilian aside from fighting.

Tattoos are a unique means of expression for many fighters. They often use this form of body art to symbolically represent their personality, spiritual beliefs, or the things most valuable to them. Oliveira, too, has some very interesting and symbolic tattoos on his body.

They reveal a lot about who the man is and what he values outside of fighting. Let us look at some of Oliveira’s most prominent tattoos.

The Brazilian has tattoo sleeves on both his arms. On his left shoulder, the champion has portraits of magnificent horses saddled up and galloping. Apart from fighting, the Brazilian’s second favorite thing to do is harness racing.  It is a local sport that involves racing horses who pull a Chariot type harness. This tattoo is a symbolic representation of that. 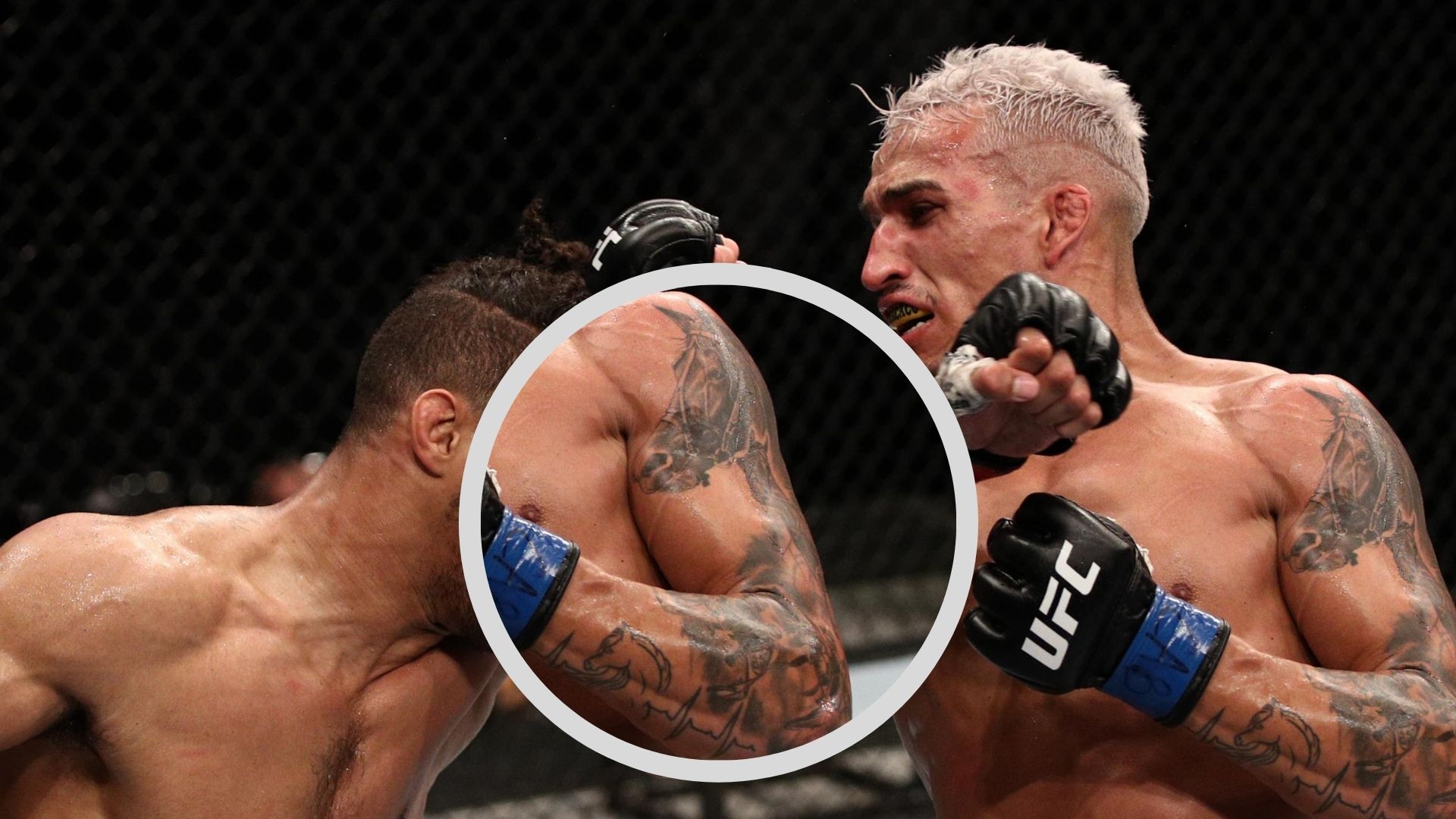 On Oliveira’s left forearm he sports a ‘heart beat’ tattoo. This tattoo is a symbolic reminder to value life. The heartbeat also has an outline of a horse running through it, which could symbolize his affection for horse racing and how it gives him an adrenaline rush.

The right forearm of the champ has a snarling lion. The lion is a symbol of courage, confidence, and strength – all the values that Oliveira embodies. His right shoulder bears the image of a rhino and the inside bicep has a rampaging elephant. Both of these animals symbolize power, leadership, loyalty, and intelligence. 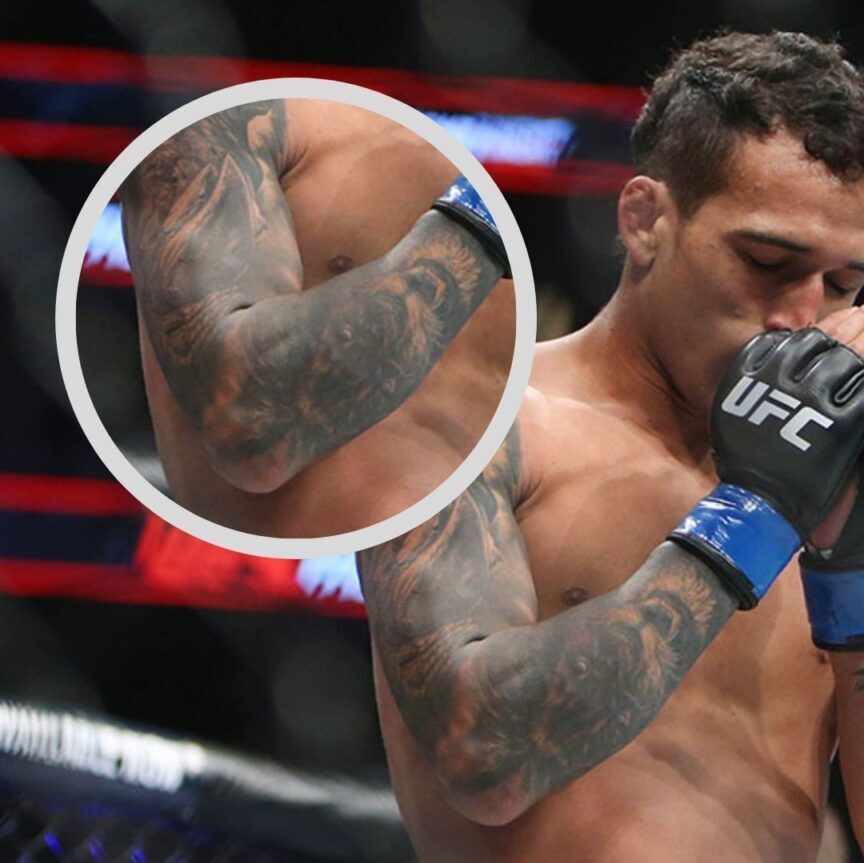 Oliveira’s chest and back tattoo

‘Do Bronx’ is a proud Brazilian and family man. As such, he, like many other athletes, he has his family name across his back. It is a reminder of who he represents and what he fights for.

Before his title fight with Michael Chandler, Oliveira got his newest tattoo. On his left pectoral muscle, Charles got a portrait of his only daughter, Talya. She was born in 2017 and has been the key source of motivation and drive for the champ. He has said many times that when he steps into the octagon, he fights for his family.

Charles Oliveira is a fascinating and artistic individual, both in and out of the cage. Now that he is at the top of the mountain, Oliveira looks to defend his throne from all contenders. On December 12th, Oliveira will do just that as he takes on a hungry and violent Dustin Poirier at UFC 269. Both of these men have something to prove and a lot to fight for.

Who do you think will end up victorious? Let us know in the comments.

Watch this story:- Five Potential Opponents for Jose Aldo After His Dominating Victory Over Rob Font