The Top 5 Most Successful UFC Pay-Per-Views in 2021

2021 has been a glorious year for the Ultimate Fighting Championship. UFC is the entire world’s leader in the MMA sport in terms of viewership. There is no other promotion in the world that is as elite, popular, and competitive as UFC.

The promotion’s fan base just seems to get bigger and bigger each year, and the Pay-per-view numbers are skyrocketing as well.

UFC 268 was one of the best cards in the year and it had some amazing fights. The card took place at the iconic Madison Square Garden in New York City. They held this event on the 6th of November.

Kamaru Usman and Colby Covington, who battled it off for the welterweight title in the main event, headlined the card. 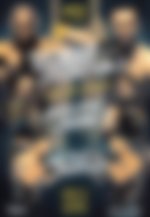 The co-main event featured Rose Namajunas, who beat Weili Zhang by a split decision. Justin Gaethje fought Michael Chandler in arguably the most entertaining fights of the year. A few other fighters on the card were Marlon Vera, Frankie Edgar, and Billy Quarantillo.

Kamaru Usman and Jorge Masvidal headlined UFC 261, which took place on the 24th of April. The card took place at the renowned VyStar Veterans Memorial Arena in Jacksonville, Florida. Kamaru Usman beat Masvidal by one of the most impressive knockout out punches the world has seen.

Other fights also mentioned on the card were Rose Namajunas vs. Zhang Weili and Valentina Shevchenko vs. Jéssica Andrade. Uriah Hall, Chris Weidman, Anthony Smith, and Jimmy Crute were also on the card.

UFC 259 was a very entertaining card. It took place on the 7th of March. They hosted the card at the UFC Apex facility in Las Vegas. Israel Adesanya took on Jan Błachowicz in the main event and suffered his first and only career loss. In the co-main event, Amanda Nunes defended her featherweight title against Megan Anderson.

A few other fighters on the card were Petr Yan, Aljamain Sterling, Islam Makhachev, Drew Dober, and Thiago Santos.

The UFC 264 event took place on July 10th, at the iconic T-Mobile Arena in Las Vegas, Nevada. Conor McGregor and Dustin Poirier headlined the card, who were fighting each other for the third time in their career.

Poirer beat McGregor by a first-round finish. Conor sustained a horrific leg injury, which sidelined him from fighting ever since.

A few other notable fighters on the card were Gilbert Burns, Stephen Thompson, Tai Tuivasa, Greg Hardy, and Sean O’Malley.

Conor McGregor is hands down, the undisputed king of pay-per-view numbers. The UFC 257 event was held on the 24th of January at the Etihad Arena in Abu Dhabi, United Arab Emirates.

McGregor took on Dustin Poirier for the second time in the main event. Poirier defeated Irishman following a second-round TKO.

In the co-main event, Dan Hooker beat Michael Chandler via a first-round TKO.

Pranit Punjabi is a UFC author at EssentiallySports. A third-year psychology major, this Khabib Nurmagomedov fan merged his interest in psychology with his deep passion for MMA and was intrigued by this new angle to help him get closer to the action. Pranit aims to look through the violence and chaos, into what makes MMA truly beautiful, the deep and rich psychological aspect of the game.
ARTICLES BY AUTHOR