Top 10 Most Shocking Moments in the History of MMA

MMA is an unpredictable sport. It is because, in MMA, a fight could end in a blink of an eye, or a fighter can get severely injured. That is probably one of the reasons that the MMA fans stay tuned in. 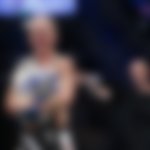 Ronda Rousey was one of the most dominating champions in the UFC women’s division. She was unstoppable because she dominated everyone in her way. Rousey used to make a skilled fighter look like an amateur.

Rousey had defended her belt six times before facing Holly Holm. Out of those six fights, only one went past the first round. Heading for her seventh title defense, Rousey was a heavy favorite. However, things didn’t go the way the champ wanted.

Holm landed a perfect head kick in the second round and won that fight via KO. It was the first time MMA fans got to see Rousey get knocked out. It is one of the biggest upsets in the history of the UFC women’s division to this day.

This fight was supposed to be the most challenging fight of McGregor’s MMA career. However, McGregor shocked the world. As soon as the bell rang, McGregor dominated Aldo and won that fight via KO in just 13 seconds.

Nobody in the MMA world expected to see Aldo get knocked out so quickly. It was one of the most shocking moments of the UFC featherweight division.

Conor McGregor vs. Khabib Nurmagomedov was, and still is, one of the biggest fights in the history of UFC. In the build-up of the fight, every limit was crossed as religion, friends, and families were all dragged in. Many thought that McGregor was the one who could defeat ‘The Eagle’.

However, that didn’t happen as Nurmagomedov won the fight via submission. As soon asreferee Herb Dean stopped the fight, everything that happened before the match came back boiling in ‘The Eagle’.

Khabib was seen throwing his mouth guard and pointing towards Dillon Danis, as he jumped off the fence and went strauight for the latter. As soon as the brawl outside the octagon started, few members of Khabib’s team jumped inside the octagon and assaulted an unaware Conor.

4. Fastest Knockout in the history of UFC

Ben Askren and Jorge Masvidal clashed in a welterweight bout at UFC 239. Askren was undefeated in his MMA career before he faced Masvidal. Coming out of a submission victory against Robbie Lawler at UFC 235, Askren was 19-0 and a heavy favorite for the fight.

However, Masvidal shocked the world as he landed a perfect knee as soon as the bell rang. It only took 5 seconds for Masvidal to win that fight via KO. It is the fastest knockout in the history of UFC. This was the craziest moment MMA fans got to witness.

Nobody thought that they would see Masvidal knocking out a former undefeated Bellator and ONE Championship welterweight champion this quickly. It is truly a once-in-a-lifetime moment.

Matt Serra and Georges St-Pierre clashed for the first time at UFC 69. Serra was the underdog for that fight. Before he faced St-Pierre, Serra had never knocked out anyone in his MMA career. His only stoppage win was a triangle choke against Kelly Dullanty at UFC 36.

Serra shocked the world as he got his first TKO victory against St-Pierre. It only took him 3:25 minutes of the first round to win that fight. Serra winning this fight was already a shocking moment. However, the way he won that fight was more shocking for the MMA world.

Matt Serra wins season 4 of TUF then stops GSP to win the Welterweight title 4/7/2007 in Houston at UFC 69. #DWCOTD pic.twitter.com/cFC3bBE0I1

6. Jake Paul KO Ben Askren in the first round

Jake Paul and Ben Askren clashed in a boxing match on April 17, 2021. This was Jake’s first time facing a legitimate fighter. Askren had a great combat sports background. Askren was 19-2-1 (W-L-NC) in his professional MMA career. He was also a wrestling champion as he won NCAA twice in 2006 and 2007 and also has many more accomplishments in wrestling.

However, things didn’t go the way the MMA community and the former Bellator and ONE Championship welterweight champ wanted. Jake knocked out Askren in the first round and won the boxing match via KO. It took less than 2 minutes for Jake to win the boxing match.

Miesha Tate and Holly Holm clashed in a co-main event at UFC 196. That fight was for the UFC women’s bantamweight title, and Holm was the champion at that time.

Holm was coming out of a spectacular KO win over Ronda Rousey at UFC 193. Holm was a heavy favorite for her fight against Tate. However, Tate shocked the entire MMA community as she put Holm to sleep with a rear-naked chokehold in the fifth round.

8. Anderson Silva vs. Chael Sonnen 1 – The greatest comeback in MMA

Anderson Silva vs. Chael Sonnen’s first fight was one of the most anticipated and hyped-up middleweight title matches in the history of MMA. That was because of the trash talk of the challenger, Chael Sonnen.

Sonnen dominated Silva with vicious strikes and a dominating ground game. For the first four rounds, Sonnen controlled the fight, both standing and down on the ground. That looked like the biggest challenge Silva had ever faced in his MMA career.

Sonnen was winning the fight on the judge’s scorecards. However, while Sonnen was swinging away wildly from the top position in the fifth round, the Brazilian Jiu-Jitsu expert Silva caught Sonnen in a triangle choke and forced him to tap. It was one of the greatest comebacks in the history of MMA.

Randy Couture vs. Tim Sylvia was one of the most exciting heavyweight title fights in the history of MMA. It was because Couture was 43 years old while the defending champion Sylvia was 32 years old and in his prime.

Couture was the underdog, and Sylvia was the favorite for this fight. However, Couture shocked the world as he majorly dominated the fight. Even being a 43-year-old didn’t stop Couture to claim a unanimous decision victory over Sylvia. He then became the new UFC heavyweight champion at UFC 68. It was one of the craziest fights in the history of the UFC heavyweight division.

In a middleweight title bout against Chris Weidman at UFC 168, Silva broke his left leg while kicking his opponent in the second round. In that round, Silva’s left shin bent while he landed a kick on Weidman’s left leg.

It was considered one of the most shocking and severe injuries as it looked like it may end the legend of Anderson Silva’s MMA career.

Weidman, who earned his belt with an upset victory over the long-reigning champion Silva in their first fight, claimed victory after also dominating the first round of the rematch. It was one of the most shocking moments of Anderson Silva’s MMA career.

Which moment, according to toy, was the most shocking in MMA history?

Arman Khan is a UFC author for EssentiallySports. He began following combat sports when Floyd Mayweather and Conor McGregor competed in 'The Money Fight' in 2017. 'The Notorious' attracted Arman to the UFC and he became an ardent fan of professional fighting as he could draw parallels with the action from his combat sports experience and break down techniques such as striking and striking defense lucidly for the casual fans.
ARTICLES BY AUTHOR