UFC is one of the biggest and most popular MMA promotions around the world. Many athletes dream of fighting in the UFC’s octagon. However, some fighters who make it to the promotion have to leave the promotion because of bad performance or several other reasons. Recently, fans heard the news that Germaine de Randamie was no longer a part of the promotion.

Speculations started about what could be the reason for her absence. However, sports journalist Damon Martin came ahead to clear out the rumors. 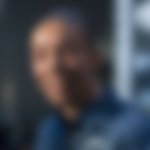 He took to Twitter to clarify that De Randamie was still very much a part of the UFC roster. He wrote, “Germaine de Randamie is still part of the active UFC roster, per UFC officials. It appears she was removed from the UFC rankings due to inactivity, but she’s still under contract with the promotion.”

It appears she was removed from the UFC rankings due to inactivity but she's still under contract with the promotion. Her last fight was a win over Julianna Pena in Oct. 2020. https://t.co/MoJeyIX3rv

The 37-year-old fighter’s last fight was against Julianna Pena in October 2020. ‘The Iron lady’ had won the fight through submission. She has not been seen in the ring since then. It seems owing to inactivity of more than one year, UFC decided to take her name down from the rankings.

Something similar had happened with Joanna Jedrzejczyk. Just a while back, the UFC decided to remove Jedrzejczyk’s name from the rankings because of not fighting for a long time.

Her last fight was against Zhang Weili on March 7, 2020. Unfortunately, the Polish fighter lost the bout through a split decision.

However, Jedrzejczyk wasn’t too heartbroken about this and took it in a positive stride. It would be interesting to see how De Randamie responds to this development.

What is Germaine de Randamie up to?

De Randamie was supposed to face Irene Aldana at UFC 268. It could have been a great way to come back after a year. However, she was pulled out of the fight because of injuries. The nature of her injuries was not disclosed. There is a possibility that her absence is because of further unhealed injuries.

The fighter has an absolutely fantastic record of 10-4-0. She has lost against Amanda Nunes twice in her UFC career.

MMA fans hope to see her in the ring soon. De Randamie is active on Instagram and posts her training videos and UFC updates regularly. Until she is back, fans can check out what she is up to on her social media.

Do you think UFC was right in removing Germaine de Randamie from the rankings? Let us know your thoughts in the comments below.