The Ukrainian fighter Nikita Krylov took on the UK-born UFC fighter, Paul Craig, at UFC London this past weekend. Krylov lost the fight in the first round of the bout after Craig made him submit via a triangle choke-hold.

According to a recent report, the Ukrainian told the UFC president Dana White to not have his country’s flag on his shorts during the event.

He also didn’t want to hold his flag like most fighters do, during their walkout. The reason for this has not been revealed by any UFC official. However, the reports about Krylov himself not wanting to carry the flag during his entrance has put a rest to many speculations that were being made.

This news was confirmed by Damon Martin, of MMAFighting.

“Nikita” Krylov was born in Donetsk, a city in Ukraine. He grew up in Ukraine and started his MMA career from there as well. The fighter has had some good wins in the UFC and has beaten the Brazilian phenom Johnny Walker.

In the main event, Tom Aspinall left the audience raving after he finished Alexander Volkov via first-round submission. The co-main event was also a first-round finish. Arnold Allen put Dan Hooker away TKO. In the Lightweight bout, Paddy Pimblett dominated Kazula Vargas and beat him via submission in round one as well. 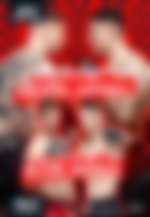 In the only main card fight that did not end via stoppage, both fighters performed admirably. In the end, though, Gunnar Nelson defeated Takashi Sato via unanimous decision in the welterweight bout.

WATCH THIS STORY: Liam Payne, Wayne Rooney, And Other Popular Celebrities And Athletes Who Attended UFC London 2022. Alexander Volkov vs. Tom Aspinall In The O2 Arena

Molly McCann crushed Luana Carolina by a third-round knockout. Ilia Topuria defeated Jai Herbert via KO. What did you think of UFC London?  Which was your favorite fight of the night? Let us know in the comments section.

Pranit Punjabi is a UFC author at EssentiallySports. A third-year psychology major, this Justin Gaethje fan merged his interest in psychology with his deep passion for MMA and was intrigued by this new angle to help him get closer to the action. Pranit aims to look through the violence and chaos, into what makes MMA truly beautiful, the deep and rich psychological aspect of the game.
ARTICLES BY AUTHOR