Conor McGregor owns multiple businesses. One such business is his pub, The Black Forge Inn. UFC fans have seen McGregor promote it several times. Actor and comedian, Kevin Hart, was at the pub.

‘The Mac Life’ released a short video of Hart enjoying his time at the pub. He even posed with McGregor’s UFC belt.

‘The Notorious’ is currently in France. But that did not stop him from speaking to Kevin Hart. Both the famous personalities had a chat over facetime. Hart thanked McGregor for the great hospitality he received.

The UFC fighter was glad the American was having a good time in Ireland. McGregor said, “I’m working hard, but I’m the same as yourself. I appreciate and respect hard-workers bro. That’s what you are. Congrats on the tequila with with one. Congrats on everything you’re doing on the solo shows in Ireland.”

Hart and McGregor had a positive interaction post which the comedian enjoyed his time at the pub. The official Instagram account of The Black Forge Inn shared pictures of Hart with Proper Twelve.

A post shared by The Black Forge Inn (@theblackforgeinn)

Many fans were thoroughly entertained by the two minutes ten seconds short video. Several people were surprised by the duo coming together, even if it was not face to face. However, they previously met each other at the Super Bowl and had a great interaction.

Kevin Hart’s tequila project launched in May 2022. While Cristalino tequilas are still a niche, Hart hopes to bring more attention to them.

McGregor’s Inn proves to be a crowd-puller. Apart from Kevin Hart’s recent visit, other well-known names have also been spotted at the pub. Instagram star Dan Bilzerian had visited The Black Forge Inn. 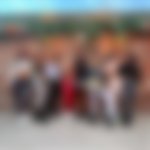 ‘Gangsta’s Paradise’ star and rapper Coolio too visited the pub with Dublin rappers, Casey Walsh and Alex Sheehan aka ‘Casper’ and ‘Eskimo Supreme’ of ‘Versatile’ fame.

Thus, it looks like McGregor’s pub is a popular choice for big names to visit when in Ireland.

What do you think about Conor McGregor’s Black Forge Inn garnering attention? Let us know in the comments below.