VIDEO: Khabib Nurmagomedov Teaches ‘How to Smash’ People in His Style

Khabib Nurmagomedov appeared on Bernardo Faria’s YouTube channel. There he revealed in a tutorial the secret to his insane top control game. The former UFC champion delved deep into the ground control techniques that helped him remain undefeated throughout his run at lightweight.

While describing what his opponents feel like to be under him, he said, “like a lot of my opponents I hear they say, when he on top of me, I feel like he is like a heavyweight, you know.”

Khabib credits learning this style of wrestling to his father, the late Abdulmanap Nurmagomedov. He said, “Honestly, this is teaching like my father, he was very heavy on top. He always uses his hips, his technique, like old school USSR countries.” 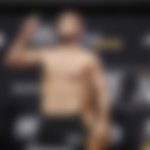 When mastered, this technique allows the user to immobilize their opponent using just their lower body. As a result, the individual on the bottom must post on the aggressor’s hips or legs to free themselves, opening themself up for a KO punch or elbow.

A devastating mistake to make, as Khabib says, “One punch can make big difference in fight you know, if you land one good punch on his face, sometimes fight finish you know.”

This position, however, is very versatile, as it can also be used to set up submissions. In the video, Nurmagomedov shows how to transition from top control to an armbar, triangle, or to take their back.

Since retiring from fighting professionally, ‘The Eagle’ has taken to coaching. Khabib runs his father’s gym, “Eagles MMA” in Dagestan, where he is the head coach for many young fighters.

He also corners and trains his close friend and lightweight contender Islam Makhachev, along with Luke Rockhold and many other Dagestani fighters in the UFC.

Khabib, when in the US, has a part-time role as an instructor at teaching wrestling for MMA at the American Kickboxing Academy. A relentless coach, Khabib, trains his athletes to push beyond their limits and to fight relentlessly.