Khabib Nurmagomedov has endured a tough life, both before becoming a famous MMA fighter as well as after achieving fame. His dedication to the sport is commendable and fans have always wondered about several aspects of his life.

For example, when people got to know that Khabib used to wrestle bears, they were very surprised and were eager to learn more.

In a video, The Dagestani fighter spoke about his childhood, his father, and several other unknown aspects of his life. He spoke about his strict childhood and how he had to do all of his chores himself. He said, “13 years old, I think, now I understand you have to learn how to be independent, but that time it was hard for us.” 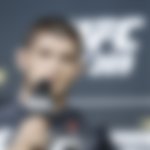 He further revealed, “Like an army. We had an army life. Each had to clean after himself, to wash clothes, to iron them, to go to school and back home, to cook. Everything of this we were doing by ourselves.”

“The main training, when I was in front of father, he was squeezing me out completely. But he gave me a small freedom, to let to the independent life. Maybe it was kind of a preparation for a big run to a professional sport.”

‘The Eagle’ recognizes that it is his father’s teachings and his own hard work that enabled him to achieve heights that many fail to. Abdulmanap Nurmagomedov’s contribution to making Khabib one of the best MMA fighters can never be disregarded.

What’s next for Khabib Nurmagomedov?

Khabib might have retired but only to step into a much bigger role. He now has his own promotion- Eagle Fighting Championship, and it seems extremely promising. He has great ambitions for this new venture and has also introduced weight classes that are carefully thought through.

Khabib Nurmagomedov’s Eagle FC is targeting a March 11 event with Kevin Lee as headliner against an opponent to be determined, per sources. Heavyweight champion Rizvan Kuniev will also defend his title on the card.

He hopes to see some of the best fighters get on board with Eagle FC. His fans, too, are excited to see how the promotion fares.

What do you think about Khabib Nurmagomedov’s childhood training? Let us know in the comments below.

Watch this story: Conor McGregor, Kamaru Usman and other UFC Stars Who Headlined the Most Successful PPV Events of 2021