The main-event between Leon Edwards and Belal Muhammad in UFC Fight Night: Edwards and Muhammad was brought to an abrupt end after Muhmmad found himself on the receiving end of an illegal eye-poke from Edwards.

Muhammad was devastated as he was unable to continue. Furthermore, his injury looked horrifying to the viewers. But fortunately, ‘Remember The Name’ suffered no significant injury.

Edwards, however, is not too interested in giving Muhammad a rematch. He was on an 8-fight winning streak prior to this fight.

And ‘Rocky’ wants to get a title shot next rather than having a rematch against Muhammad. Obviously, Muhammad doesn’t like that idea and he took to Twitter to express his take on the situation.

The fight between Edwards and Muhammad had a promising start as both fighters were having their moments in the fight. It could have been much more competitive as the rounds progressed, but it’s only an assumption as fans were deprived of seeing who was actually building better on the start. 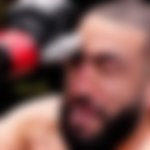 The fight was far from over, and a rematch between the duo only makes sense. Also, ‘Rocky’ has to get an actual win under his belt before making himself relevant in the title conversation.

What’s next for Belal Muhammad?

Muhammad was ranked #13 in the welterweight division coming into the fight, and Edwards was #3. However, Muhammad took the opportunity to fight a kingpin on rather short notice.

He had just fought last month at UFC 258 against Dhiego Lima. ‘Remember The Name’ made a quick turnaround to make another appearance on this card when no one else was willing to step up.

Muhammad deserves another big opportunity like this whether it’s against Edwards or any other fighter just based on the heart and willingness he showed to make a quick turnaround.

Also, he is an exceptional fighter in his own merit. So, it’s only fitting that the UFC rewards him for his efforts.

What did you make of Belal Muhammad’s recent tweet? Let us know your thoughts.