Rose Namajunas was making her return to the octagon at the inaugural event at the Fight Island. Set on the Yas Island in Abu Dhabi, UFC 251 was one hell of an event. A star-studded line up with one fight better than the other, UFC 251 didn’t fail to amaze all of us.

One of the bouts the bout that was worth all the hype was Rose Namajunas vs Jessica Andrade. This was the 2nd time these two met inside the octagon. Their first fight was at UFC 237. At this event, Namajunas was knocked unconscious as Jessica Andrade took the bout.

This time around things panned out differently for the former champ. It was though that the winner of this rematch would probably go up against Weili Zhang for her strawweight gold.

This fight proved to be one thriller of a contest. Rose Namajunas got the better of Jessica Andrade in the first two rounds. The last and final round wasn’t something Rose expected. She ended up with a battered face credit to a well-fought battle by her opponent. 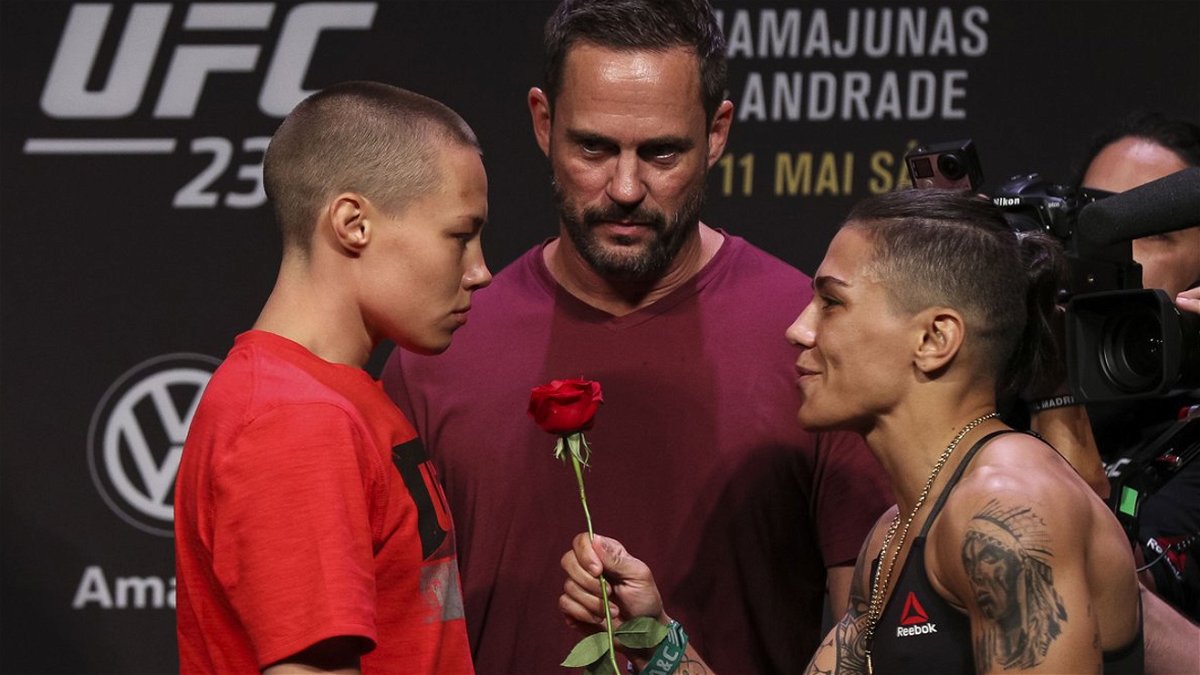 But that wasn’t enough to turn the table in favor of Andrade. Only one of the judges scored the fight in favor of her, and Rose Namajunas took the bout via a split decision.

The beating she received in the final round landed her up in the hospital regretting a statement she had made in the buildup to this fight. Namajunas has said that the Weili Zhang vs. Joanna Jedrzejczyk at UFC 248 wasn’t worthy of being touted as the “Fight of the year”.

After #UFC251, Rose Namajunas offered a good-natured apology to champion Zhang Weili for previously saying Zhang's fight with Joanna Jedrzejczyk was not "Fight of the Year" 😆

In a short well-spirited video, taped from her hospital bed Namajunas apologized to Zhang. She said, “Probably not. Sorry, Weili. That was the fight of the year (Zhang vs Joanna), I take that back.”

So what do you think? Who is next in line to challenge Zhang for her divisional gold?