Dominick Reyes has kept himself busy lately, taking no prisoners and calling his opponents out on social media.

This year has been particularly productive for Reyes even though he lucked out against Jon Jones at UFC 247. The loss shot Reyes to new heights because several spectators felt that the decision robbed him of a win.

However, since their controversial fight, the fighters have been going back and forth on social media.

Both Reyes and Dana White have been gunning for a rematch. However, Jones seems rather disinterested, looking to take on Jan Blachowicz or execute a more drastic change.

This seems to have rubbed Reyes the wrong way even though nothing is official yet. The Devastator claims that this is all a ploy for Jones to successfully avoid a rematch with him.

“Cant help but feel flattered by Jon doing literally anything he can think of to avoid the rematch,” said Reyes in a post on social media.

Cant help but feel flattered by Jon doing literally anything he can think of to avoid the rematch. #gimmethegold #badman #skillz #speed #power #ufc #lhw

“I mean I get it I’m the most dangerous fight. So let’s get these $$$ up! What are you even worried about $$$ for, arent you “rich as fuck”?” said Dominick Reyes.

What are you even worried about $$$ for, arent you "rich as fuck" ?

Reyes probably would have gotten another shot at Jones almost immediately if Ngannou was not in the picture. As far as the 30-year-old southpaw is concerned, he does not hold a lot of cards in his hand right now.

One option is for him to take on Thiago Santos, who took Jones to a closely contested battle on the judges’ cards. A win over the Brazilian may solidify his claim as the top contender in the division.

One thing is for certain Reyes will not draw Jones into the octagon by trying to goad him over social media.

Is Dominick Reyes onto something?

Jones has been teasing a potential move up to the heavyweight division for ages. However, it seems like Francis Ngannou’s remarkable victory over Jairzinho Rozenstruik will act as the catalyst for Jones to scale up.

Jones and Ngannou have been setting the stage for their matchup on social media. This is a fight that fans all over the world are eager to witness because The Predator is one of the hardest-hitting fighters in the MMA circuit. And keeping his most recent fight in mind, it seems like Ngannou has a taste for unbeaten fighters. 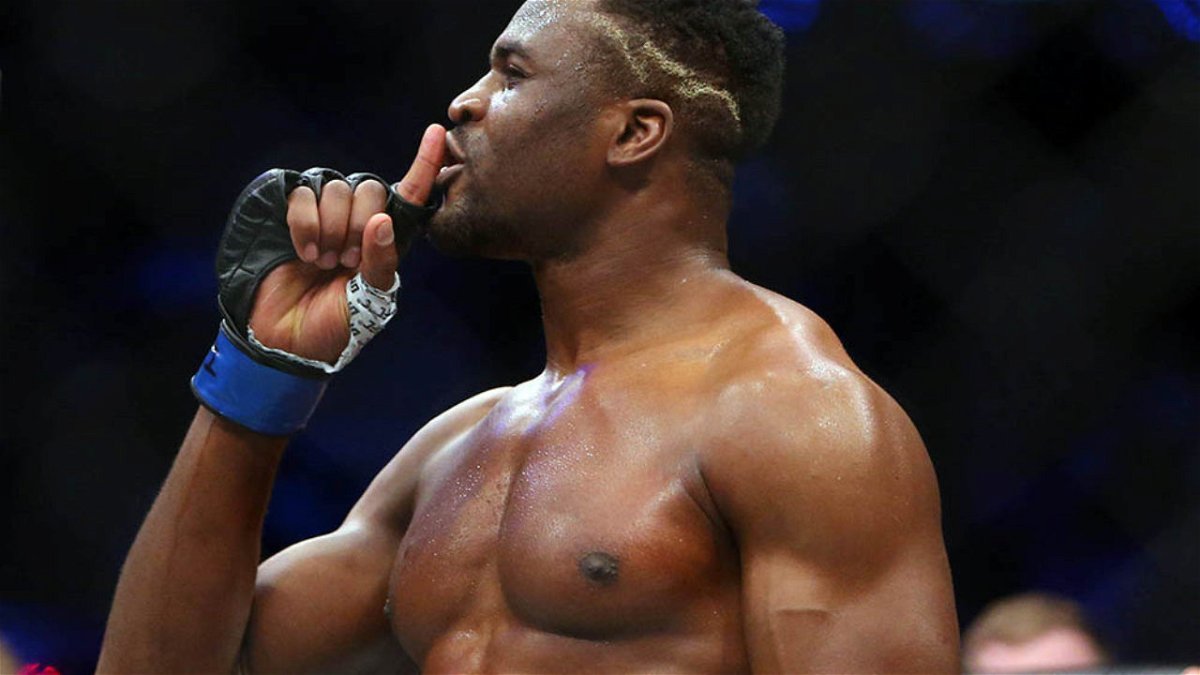 As far as Ngannou is concerned, it seems like he will remain inactive until Daniel Cormier and Stipe Miocic can hash their differences out in the octagon. Because a shot at the title is what Ngannou has been thirsting for, and it is highly unlikely for the Cameroonian to accept anything other than that.

However, it is rather absurd to suggest that Jones is looking to avoid a fight by walking into the lion’s den. Ngannou as a fighter is a bigger threat to Bones compared to that posed by Reyes.

Do you think Reyes will get the fight he so desperately wants?