The 14 second knockout against Jose Aldo, the unparalleled performance against Eddie Alvarez, the war against Nate Diaz, and the rivalry inside the octagon with Khabib Nurmagomedov, Conor has been part of some of the biggest fights in UFC history. However, which fight is the most important fight in Conor’s career?

The journey of Conor McGregor in the world of mixed martial arts has been spectacular, to say the least. Conor made history by becoming the two-division champion at Cage Warrior.

Conor was just getting started as he brought the Irish invasion to UFC after his illustrious run at Cage Warriors.

Conor would run through the UFC featherweight division and dethrone the long-reigning champion, Jose Aldo securing a monumental victory. The Notorious One would then go on to win his second UFC title to become the first-ever two-division champion in UFC.

Conor McGregor looks back at the win over Nate Diaz

However, for Conor, none of those wins can match the victory over Nate Diaz. Conor McGregor suffered his first loss against Nate Diaz. For the first time in his UFC career, Conor faced adversity inside the octagon. But it turned out that the loss against Diaz would give birth to arguably the biggest fight of Conor’s career. 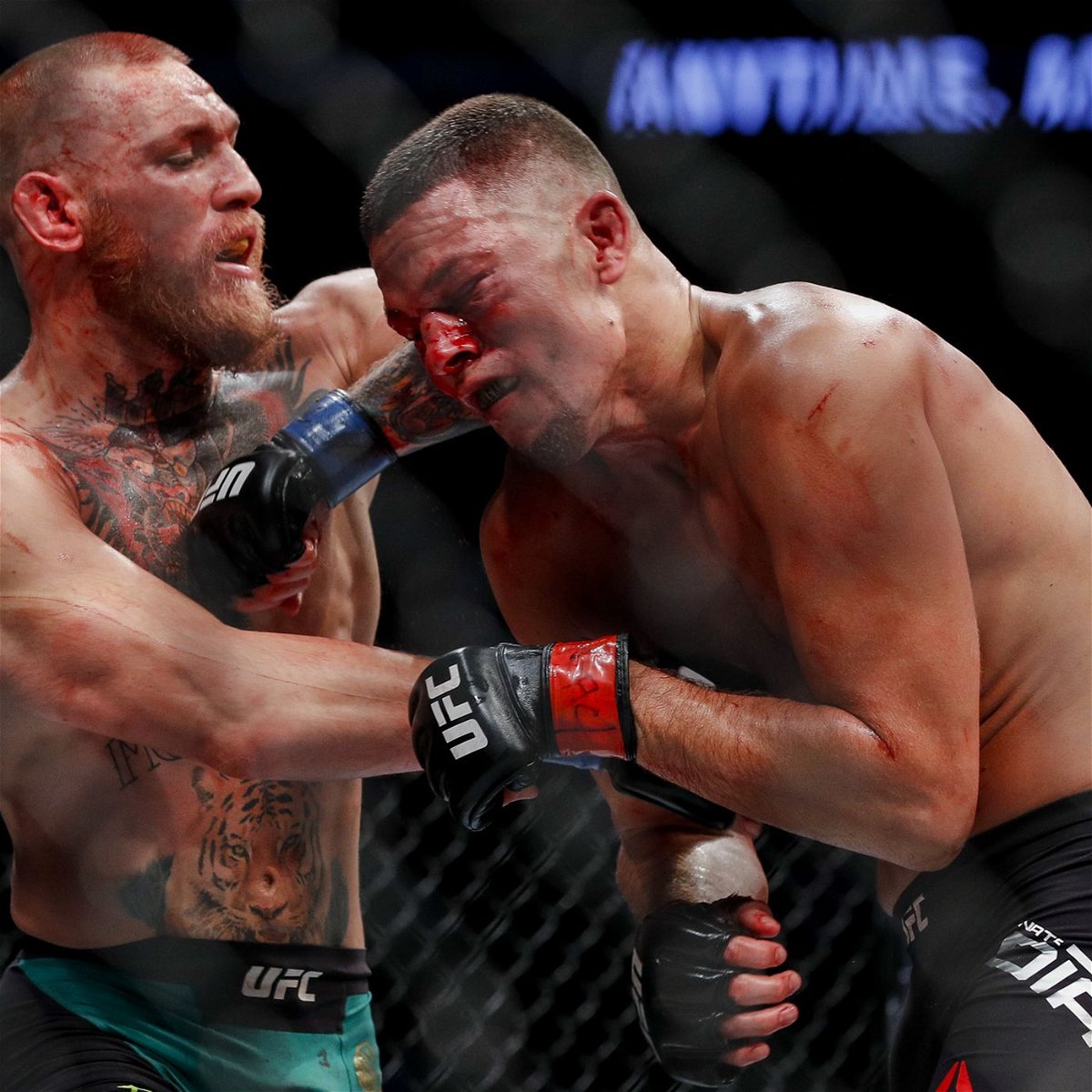 Fight fans love a good comeback story. And that’s what they witnessed when Conor faced Nate Diaz in a much-anticipated rematch. Conor secured a split decision win over Diaz after a 5 round war. That rematch went into the history book as one of the biggest fights in MMA.

And recently when Conor came across the fight on social media he could not help but react to it with the below tweet.

UFC 202: McGregor Vs Diaz 2 on @btsport now!
Incredible fight!
The most important of my life.

Many fans might argue that the fight against Jose Aldo and the fight against Eddie Alvarez was the most important fight of Conor’s career. However, Conor calls Diaz rematch the most important fight of his career and rightfully so. The rivalry between Conor and Nate was intense going into the second fight and Conor had the last laugh by securing the win in the rematch.

However, it can be argued that the biggest fight of Conor’s career is yet to come. If Conor takes on Khabib Nurmagomedov in a rematch for the UFC lightweight title, then that will be a fight Conor would not want to lose. A win over Khabib Nurmagomedov will surely cement Conor’s legacy as one of the greatest to ever step into the octagon.