Sebastian Vettel Rejects McLaren, Has Only One Choice Left in F1: Reports

The UFC played a big gamble when it decided to push through with its events despite the ongoing crisis. Up till now, the gamble as played off. UFC 249 has been a success and Dana White has been receiving praises from everywhere. However, all of this has come at a price for the organization.

For starters, no audience implied no gate money. A stacked fight card like UFC 249 guarantees a seven-figure gate. Moreover, the UFC has had to ensure that everyone has been tested rigorously. These tests haven’t been free of cost. Dana White had to spend a huge amount to ensure the safety of everyone involved in the event.

The UFC supremo appeared on Tim and Sidd podcast and dwelled into the financial aspects of the Covid-19 testing for the Jacksonville events. For the two remaining events alone, the UFC will be conducting north of 1100 tests. The same number of tests were conducted for UFC 249 beforehand. Taking into consideration, the amount of money spent on each test, the total amount comes out to be big. 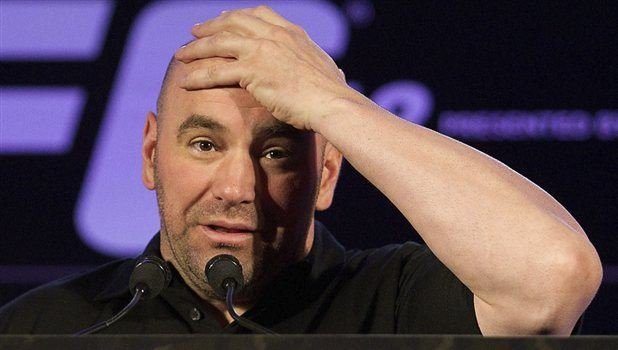 This implies that the total cost of testing is around $150,000. That number would likely be double if we include the cost for UFC 249 as well.

When the news of Jacare Souza testing positive came out, critics portrayed it as a big negative for the UFC. For Dana White, it was proof that the system he had put in place works. He said that he would rather have Jacare test positive before fighting than to find out after it.

Moreover, Jacare had given Dana a fist bump during the weigh-ins. The UFC President was also in contact with several media personnel during the last weekend and this week as well. All this demands extensive testing for him as well.

On the podcast, Dana revealed that he had been tested eight times in total till now. Four of them have been for Covid-19 and the other four have been for the antibodies. The Coronavirus tests have been the nasal swab ones while the antibodies are just fingerprick blood test.

The cost that the UFC has spent on testing seems to be paying off as of now. Just as promised by Dana, the UFC is the first one to be back in business.