THROWBACK: Jorge Masvidal Lays Down the Law on Drinking Vodka to Reporters

After Henry Cejudo deserted the flyweight title, Joseph Benavidez and Deiveson Figueiredo competed for the vacant belt. Figueiredo knocked out Benavidez after an accidental headbutt rattled the American fighter. However, the Brazilian could not win the strap as he did not weigh in at 125 lbs. 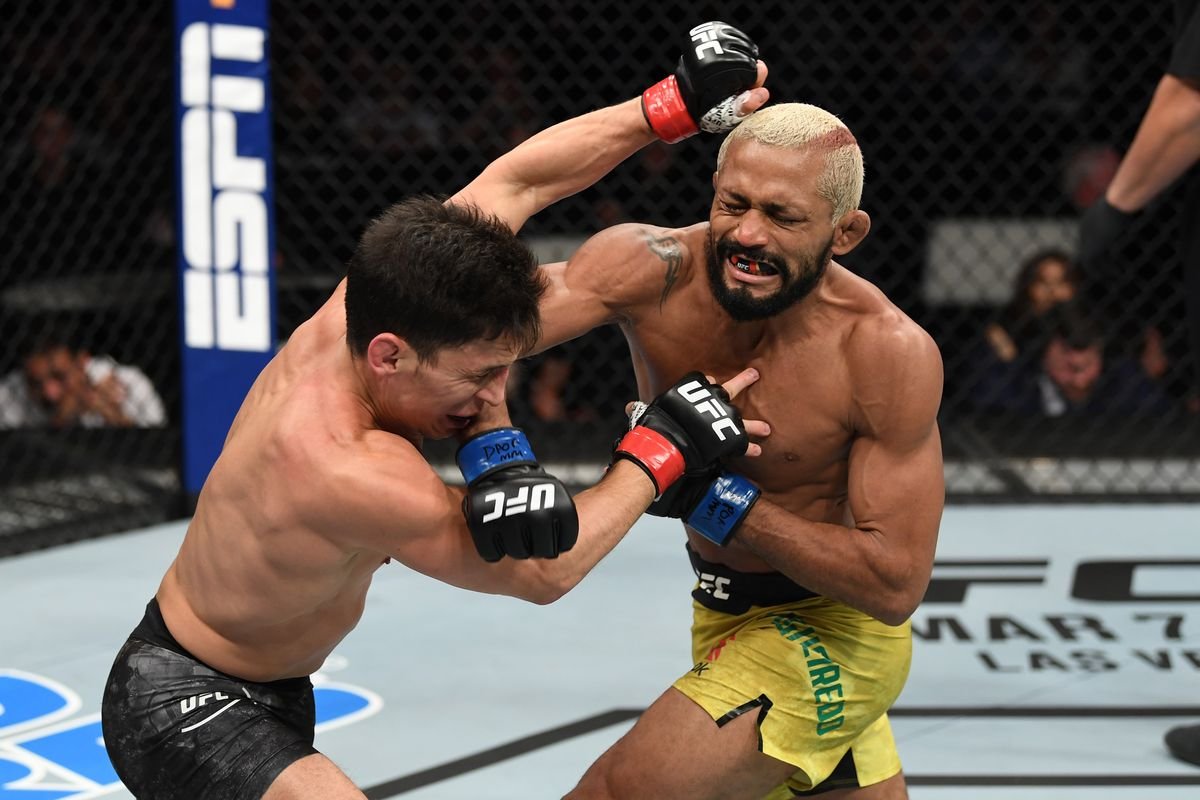 In less than 3 days from now, Figueiredo and Benavidez will go at it again. This time it is more personal. Benavidez wants to put a beating on Figueiredo because he feels that his opponent had an unfair advantage last time.

“After what I have felt after that fight. And the way it went about, not necessarily in the most fair way. It just makes me actually wanna hurt him. Like when you talk about an ill will or whatever. That’s not the illest of wills cuz we’re fighting anyway but… like I just said, fighting is hurting people. But it makes me wanna hurt him like, I want you to hurt.

“I want you to hurt. I want you to feel dizzy when you get up every day… I want you to freakin’ cry and be embarrassed.”@JoeJitsu wants to return the favor to Deiveson Figueiredo in their rematch at #UFCFightIsland2 (via @bokamotoESPN) pic.twitter.com/w4BSalIaNu

“I want you to feel dizzy when he get up every day and not know if your concussions are gonna go away. I want you to freaking cry and be embarrassed and all that kinda stuff. So that is a different feeling towards this fight. Typically, I don’t have that towards an opponent. I’m like, ‘Hey! if I win, I win.’ If I hurt him, obviously that’s what we’re training to do. Like to land clean. But that’s the difference, I think,” Benavidez told Brett Okamoto.

The rematch was on the verge of cancelation as one of Figueiredo’s COVID-19 test returned positive. However, it was later revealed that the test was a false positive. As of now, the 32-year-old is healthy and preparing for his fight on Fight Island.

Unlike last time, Figueiredo wants to get the weight right. He has even hired a nutritionist. Besides that, he wants to make history by submitting Joseph in the rematch.