Former UFC and WEC Bantamweight contender Takeya Mizugaki stepped away from professional MMA. His retirement came per initial reports from MMA Planet on Tuesday. The Japanese fighter has called the curtain on a 15-year long career. The veteran has been the test that many bantamweights would have to take.

Mizugaki was a veteran Bantamweight who fought in various organizations throughout his career. Takeya Mizugaki contested for the WEC belt against Miguel Torres in 2009. That fight still stands as one of the best fights of the year. 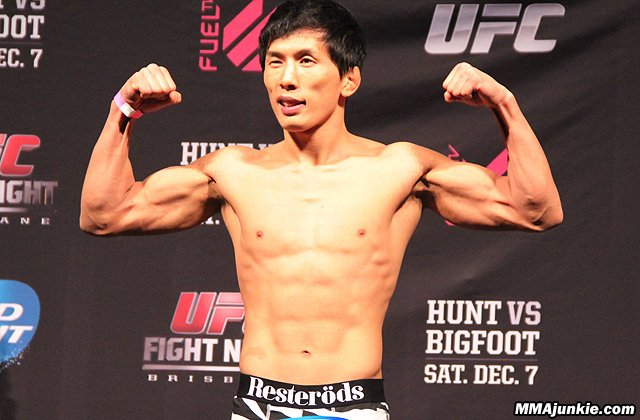 Battling against divisional legends like Urijah Faber and Cody Garbrandt. He maintained a position as a top-ranking contender during his UFC tenure.

Takeya Mizugaki fought only 5 times in the span of 5 years before announcing his retirement. His status as a top contender diminished as he entered into the twilight of his career. His last fight came was a KO loss at Rizin 18.

Mizugaki was a pioneer for smaller divisions in MMA. Getting his professional start in 2005, he won his first 6 fights. He set himself up well as a formidable challenger after moving to the more mainstream promotions.

“Becoming the champion is the ultimate goal. To be number one is my dream. One day I will be the champion and it will symbolize that I am the best in the world.”

Although unable to accomplish his end goal, Mizugaki has left his mark on the sport.