The Gypsy King Tyson Fury has finally called it quits on his entertaining home workouts. Fury streamed his home workouts daily for 11 weeks.

However, Fury said, that he couldn’t take the workouts anymore and went outside for a run as the lockdown has been lifted. Fury had decided to end his home workouts as he’s back to regular boxing training. 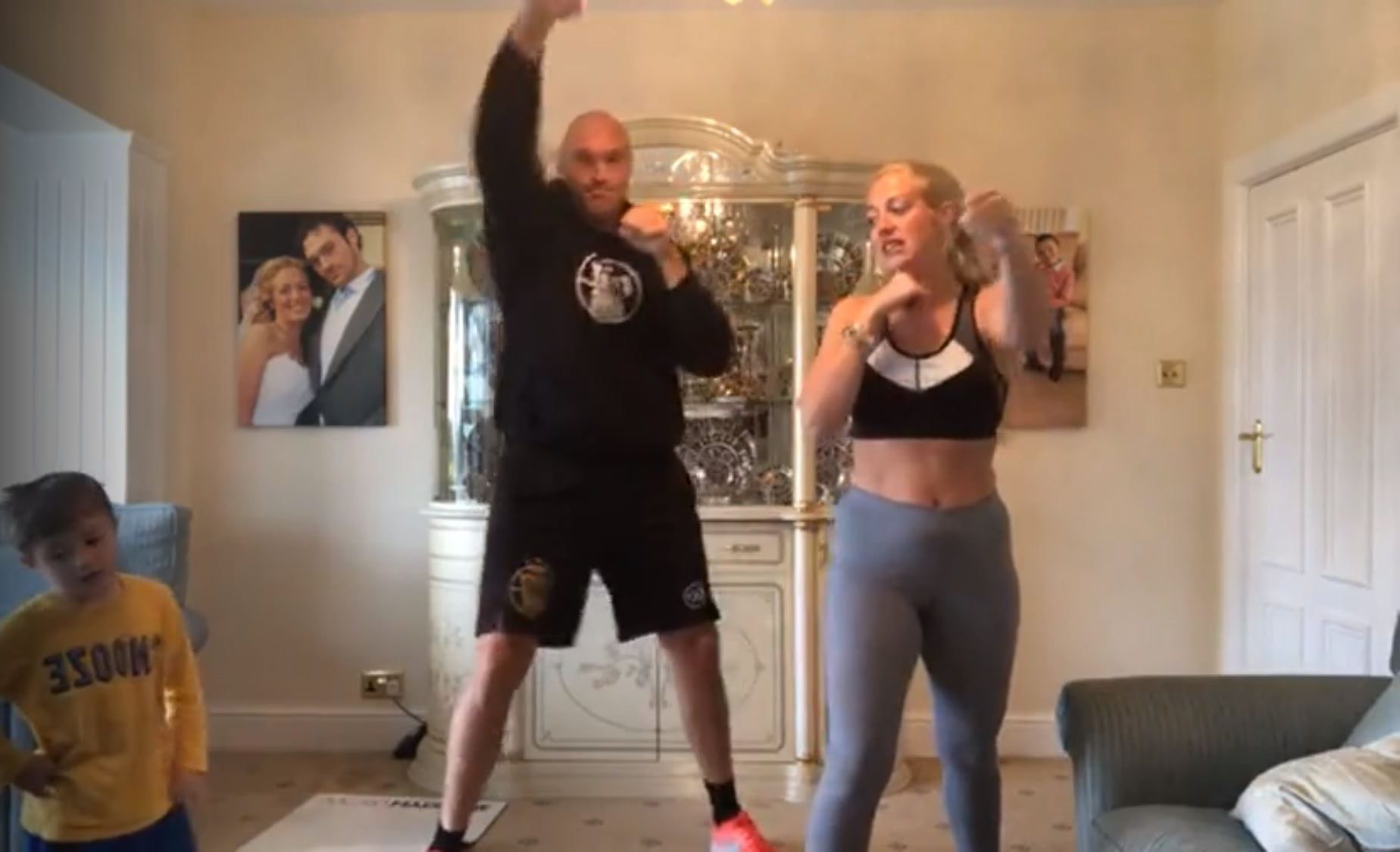 “I quit it on Monday, that was enough”-Tyson Fury

“I just wanna lay on the floor. I can’t be bothered training anymore, I give up. I quit it on Monday, the lockdown’s finished,” said Fury.

His reaction irritated his wife Paris Fury. Paris has been regularly taking part in the home workouts and called out ‘The Gypsy King’ for quitting midway.

“How can you just quit the workout?” said Paris Fury. However, Tyson was firm in his stance and had a back and forth with his wife midway during the stream. Paris asked Tyson to apologize to his fans, a request he declined.

“There’s no apology needed, I said it was during lockdown, everyone’s gone back to work, normal things are happening, that’s it, done. But you can continue,” said Fury during the live stream.

Fury asked his wife to continue the workouts on her own, adding more fuel to the fire. Paris insisted on not working out alone and tried to persuade Tyson Fury to finish the workout. However, Fury got up midway and slammed the door.

“I’m not continuing on my own like a daft t**t. You’re an a***hole. People, this is what you’re dealing with, a stubborn, 30-year-old man-child stuck in the house with you,” said Paris.

Fury has returned to regular training and is set to face Deontay Wilder in the trilogy bout. In addition, Fury has agreed to a contract in principle to face Anthony Joshua next year.