BMF Champion Jorge Masvidal has not given up on his training regime and has granted permission to media organizations for using his latest videos on Instagram
MMA, UFC

Despite witnessing a one-sided loss against welterweight champion Kamaru Usman at the main-event of UFC 251, “Gamebred” Jorge Masvidal is yet to take a break from his training regime. After the headliner of UFC 251 went into jeopardy following Gilbert Burns testing positive for COVID-19, Jorge Masvidal stepped in and saved the day for Dana White and UFC fans. Masvidal, 35 went all five rounds against Kamaru Usman in the match-up. But he got dominated for all the rounds, which subsequently snapped him away from the victory.

However, Jorge Masvidal has already garnered some notable appraisals from umpteen MMA veterans, including numerous MMA fans as well. While a lot of fight fans have already voiced their approval over a rematch between Kamaru Usman and Jorge Masvidal, the American seemingly thrilled a bunch of his fans by posting a video clip from his official social media handle.

“No rest for the wicked”- Jorge Masvidal spotted cycling

Jorge Masvidal recently took to Instagram and posted a video where he is seen enjoying cycle rides on the street. In the caption, Masvidal wrote, “No rest for the wicked #theresurrection”.

However, Gamebred raised a lot of eyebrows by indulging in a conversation with Sports Center in the comments. The renowned sports media outlet (Sports Center) asked him to give ESPN permission to use the video clip.

To this, the fighter wrote, “I grant thee permission”. Since Gamebred has already granted permission, his latest Instagram video is assumed to be recycled by a lot of sports media pages. 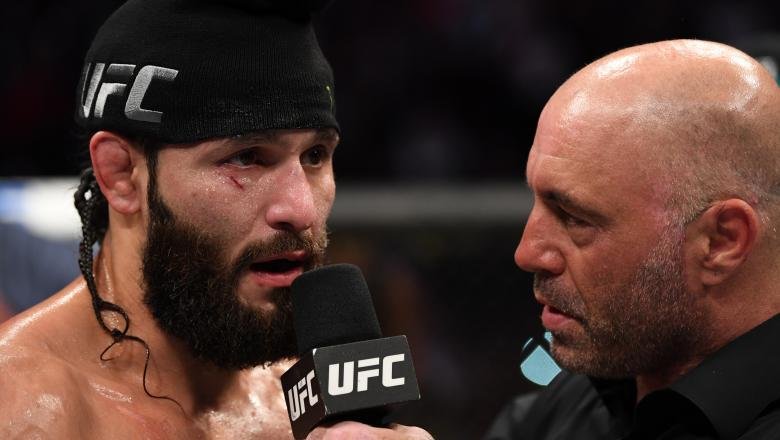 Jorge Masvidal could not claim the UFC welterweight gold at the latest UFC 251. However, the BMF has bagged a lucrative fight purse already. According to official reports, Gamebred received a whopping amount of $500,000 to appear for the event. Also, he received an additional $30,000 as his fight incentive. Apart from that, Masvidal has also bagged a healthy amount from his sponsorship deals.