Jon Jones and Francis Ngannou have been teasing a blockbuster Heavyweight clash since the last week. It began when ‘The Predator’ tagged ‘Bones’ after registering his 4th consecutive knockout win at UFC 249. The Light Heavyweight Champion dismissed the Heavyweight’s haymaker as too slow. In another tweet, he said he would sign a deal for the fight, as he has nothing left to prove at Light Heavyweight. 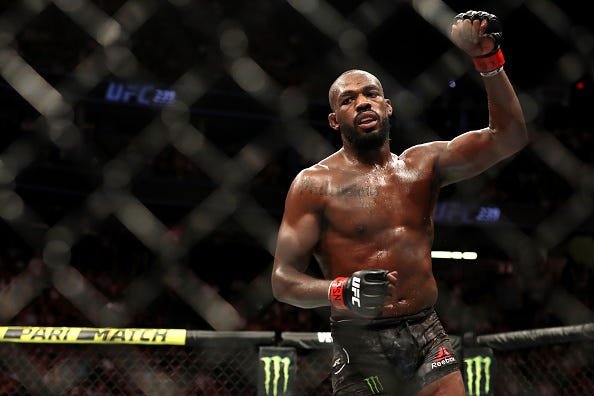 ‘Bones’ commented, “Bro with all that power comes a limited amount of time it’s effective. If you can’t get me out with in the first or second good luck keeping up with my pace/fight IQ. I’ll literally pick you apart.”

“What’s your plan to defeat one of the most clever fighters in the sport? Oh easy I’m just going to swing at his head and knock him out said every opponent I’ve ever faced.”

‘Bones’ can certainly claim to be clever. This is exhibited as he convinced the judges that he had done enough at UFC 247. He has also overcome every single opponent over the last dozen years and holds the record for most wins in title fights.

However, his fight IQ has only been on display against people at the 205-pound limit. ‘The Predator’ routinely weighs in at 260 and ‘Bones’ will be at a power disadvantage. Besides this, he may be heavier than what he is used to fighting at.

However, it will interest fans to see how ‘The Predator’ fares if ‘Bones’ takes the fight to round 3. Does the Cameroonian have the conditioning to go the distance? He has clearly been going for broke early as seen at UFC 249 where he threw 4 massive bombs in a twenty-second blitz. What’s noticeable is that the knockout blow was not as powerful as the first three.

Do you think this fight will come to fruition? Or will it remain a pipeline dream? We hope it isn’t the latter as their exchanges have really excited fans into witnessing a contrasting clash of styles.