“Nobody is Getting Laid Off”- Dana White Nukes False Report

Henry Cejudo took to social media to announce he had set a new record. ‘Triple C’ has had an illustrious rise to the top. Not only is he an Olympic gold medalist, he’s also the 4th simultaneous multi-division champion in the UFC.

“I want to share this with you guys. What if I told you that ‘Triple C’ is in it. Would you believe me?. Well, it’s true. check this out, the first Olympic and UFC champion. But they forget one thing, they forgot to mention my second belt. It’s all good, proud to hold a record in the Guinness Book of records”

Cejudo has had a fabled career so far. From winning gold in Beijing to dismantling Demetrious ‘might mouse’ Johnson for the top spot, he has seized every opportunity that has come his way. 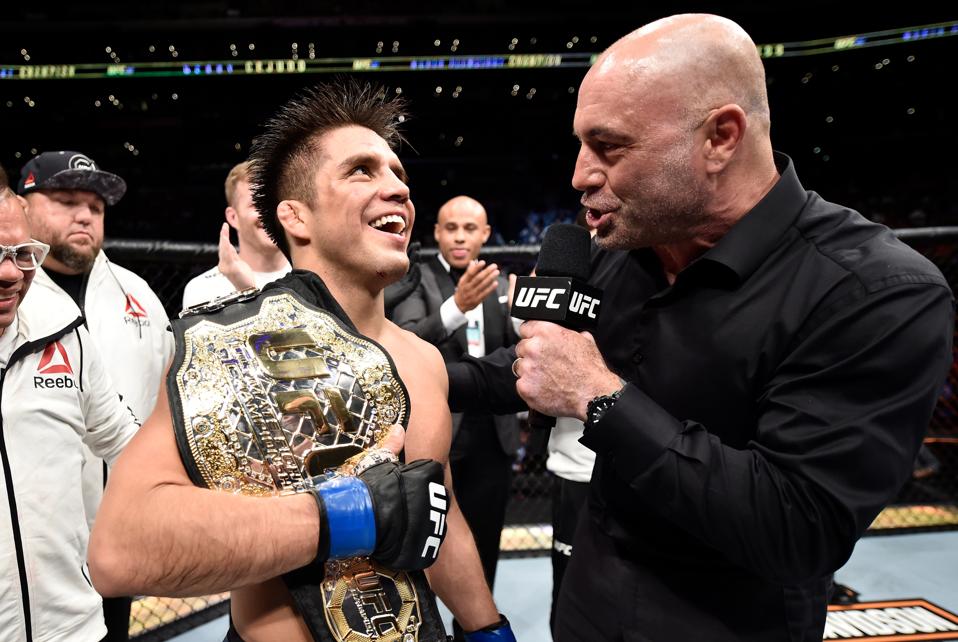 Despite being a ‘cringe-worthy’ figure, Cejudo can certainly put a beat down. His excellent wrestling skills and agility have set him a class apart from others in both weight divisions. The fighter’s last outing was against Marlon Moraes. It took Cejudo three rounds to dismantle his opponent, grabbing the victory in round 3 with a vicious ground and pound.

Irrespective of the negative press he receives, he is still an inspiration. The youngest Olympic champ in his category and part of an elite list of fighters who hold titles in two weight categories. It almost seems as though he has a Midas touch.

With the bout against Jose Aldo insights, Cejudo once again has the chance to etch his name in the record books as one of the greatest UFC champions of all time.

What are your predictions for Henry Cejudo vs Jose Aldo? Let us know in the comments below!

READ: The Mystery Behind Henry Cejudo and His Brazilian Girlfriend

“No Where To Hide”: Henry Cejudo Shows ‘No Love’ To Cody Garbrandt

“He Better Be Nice”- Valentina Shevchenko Responds to Henry Cejudo