“The Chosen One” had no answer for Covington’s patented pressure and high-volume striking and suffered a fight-ending injury when attempting a Guillotine choke. 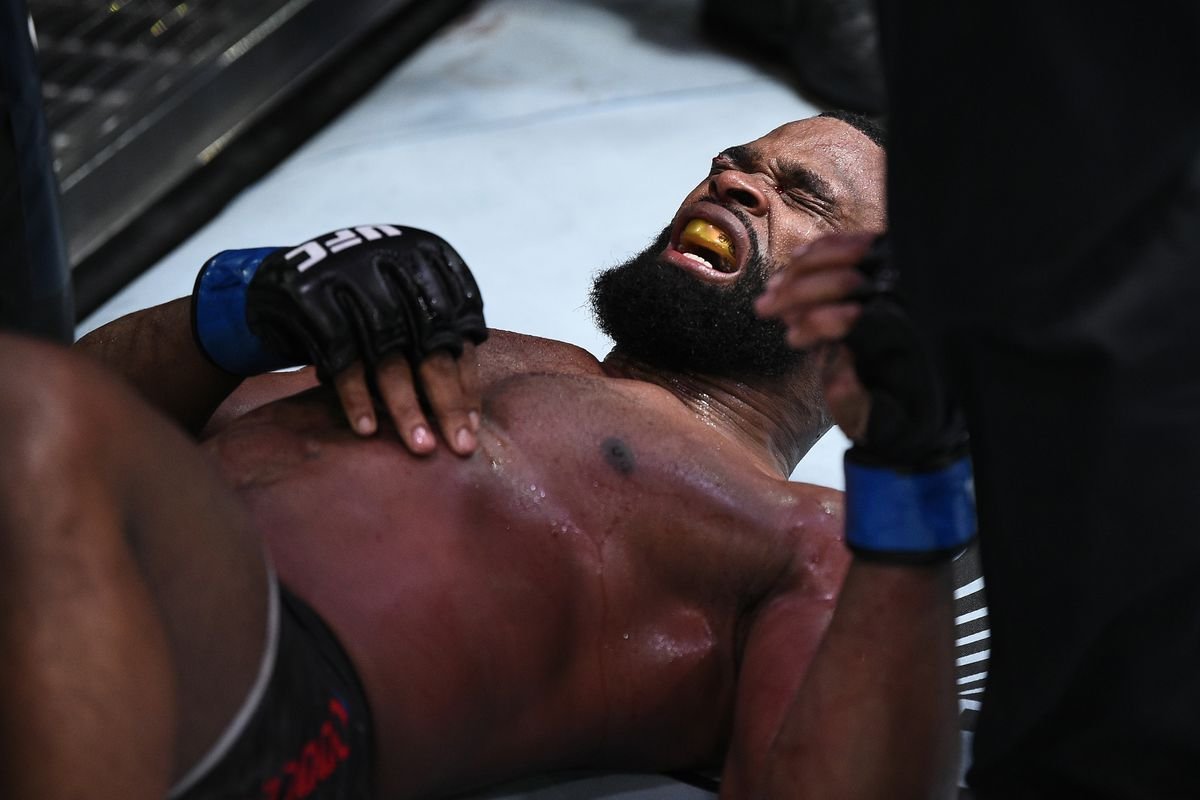 What’s more, the Colby Covington basked in the post-fight festivities as he received a call from President Trump. Chiefly, another interesting interaction that Covington had was against the current 170lbs kingpin. Kamaru Usman was present at the ESPN+ interview show and the rivals had a fiery encounter.

UFC 245 was the first meeting ground for Usman and Covington, and “The Nigerian Nightmare” retained his belt. He scored a fifth-round TKO over Colby, much to the latter’s disappointment.

However, a win over Woodley effectively catapulted Covington back into the thick of the title contention.

Kamaru Usman was quite amused by his interaction with Colby post-fight and took to Twitter to react to the altercation. Furthermore, Jon Jones chimed in on the action and went after his former roommate in Colby.

Although the nature of their relationship is a bit sketchy, to say the least, Jones and Covington have a storied collegiate association. 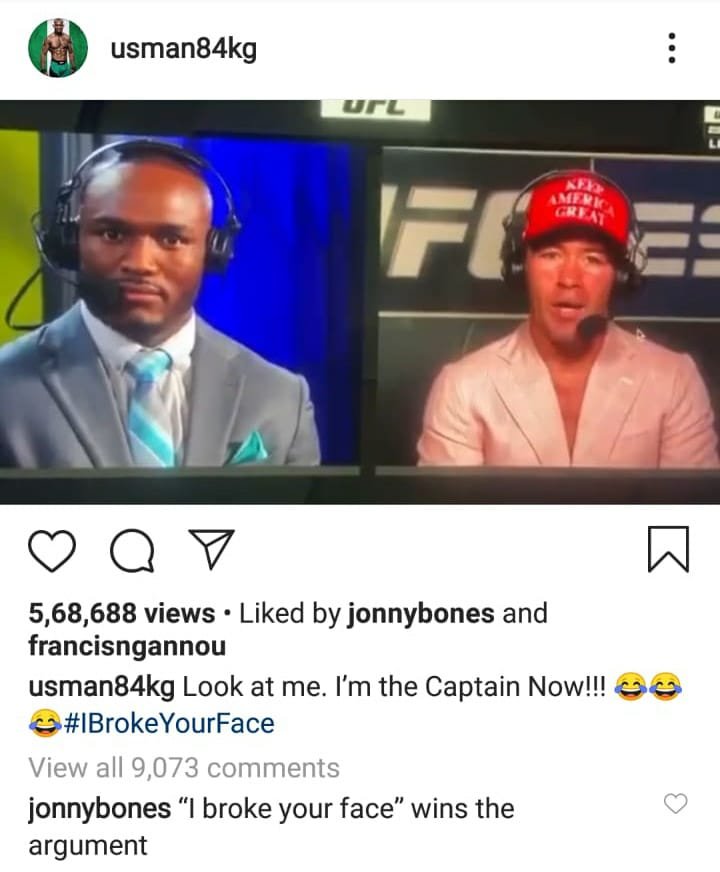 Kamaru Usman doubled down on his distaste for Colby when he chimed in on a post put forth by Jones. The two elite fighters ganged up on the Oregon native and some fans might say, deservedly so.

“Chaos” is one of the biggest heels in MMA and is often the fighter who’s quick to make headlines.

“Chaos” has accused Jones of being a drug cheat and has gone after the former Light Heavyweight champion on several occasions. They have a strained relationship that spans across several years, and it’s clear that Jones isn’t a Colby Covington fan.

Despite the warring words by Colby, fights fans have recognized the skills he displays under the bright lights of the cage. He has proven himself to be worthy both inside and outside the cage to even the most elite fighters on the planet.