The UFC start 2020 with their first card on January 16. Unfortunately, it seems like the card headlined by featherweights Max Holloway and Calvin Kattar is already falling out.

Cage Warriors’ flyweight champion, Jake Hadley, can make his UFC debut in early 2021. The English-born fighter is a young rising prospect and is currently 7-0 as a professional. Having won a title in the same promotion as Conor McGregor, he now looks to follow the Irish superstar’s path and make his name in the UFC.

Hadley recently took to Twitter to make his intentions clear. A flyweight bout between Jordan Espinosa and Tim Elliott was recently canceled. Espinosa has tested positive for COVID-19 and had to withdraw from his fight on January 16.

Read: UFC Fighters Who Retired in 2020

New year, the same story for the UFC

Espinosa, ranked #14, was set to face Elliott, who sits at #12 in the official UFC rankings. Even as the UFC heads into 2021, it seems like fighters pulling out last moment will continue to be a regular occurrence in the new year. During 2020, the UFC was forced to shuffle fights regularly with fighters testing positive for the COVID-19 virus.

While a lot of fighters have pulled out, there have been those who have stepped up. Fighters such as flyweight champion Deiveson Figueiredo, Khamzat Chimaev, and Kevin Holland have seized the moment, fighting multiple times in 2020. Hadley, similarly, is looking to make the most of this opportunity.

Hadley will look to take on Elliott and break into the top 15 of the UFC flyweight division.

The American, Tim Elliott, is currently 16-11 as a professional. He has lost three of his last five fights; however, his last fight was a unanimous decision win over Ryan Benoit. At 33 years of age, Elliott will look to get another win on his record and move up the rankings.

The UFC president, Dana White, recently shared the UFC’s schedule heading into 2021 on his Instagram story. As many expected, the UFC is headed back to Fight Island in Abu Dhabi which has hosted the promotion multiple times during the pandemic. 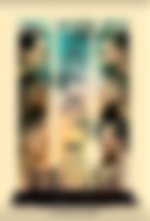 A featherweight headline will kick things off with Max Holloway taking on Calvin Kattar on January 16. Welterweights Leon Edwards and Khamzat Chimaev have had their fight rescheduled. The UFC will close out the week with the return of ‘The Notorious’ Conor McGregor who faces Dustin Poirier in a rematch from their early days in the UFC.

Read: ‘Everything Else is Just Noise’- Dustin Poirier Ready For 25 Minutes Against Conor McGregor