UFC contender Marlon Moraes has called out former champion Dominick Cruz, after his fight with Petr Yan was called off.

Moraes was set to face Yan on June 13th, however, the fight was called off due to the pandemic. Also, Yan is set to face Jose Aldo for the vacant bantamweight title.

Dominick Cruz returned to the octagon after nearly a 3-year-long hiatus. Cruz looked good, however, he lost via knockout to Henry Cejudo.

Perhaps Cruz was hard done by a poor decision by referee Keith Peterson. Given his caliber and experience in the sport, he’s surely a good match for the Brazilian. 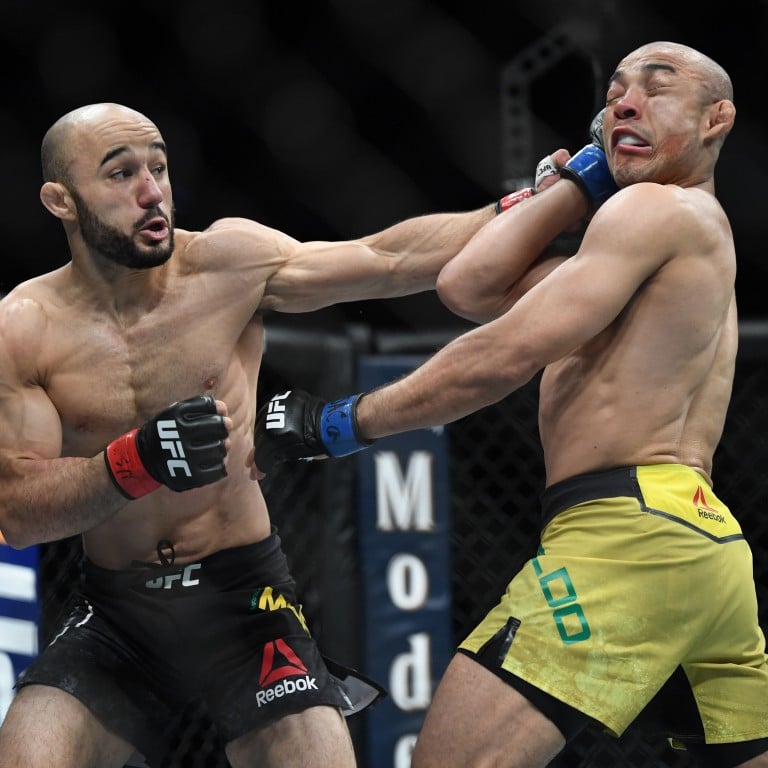 READ: “Everybody has a Problem with Everything”- Daniel Cormier Rallies for Conor McGregor vs Anderson Silva Superfight

Moraes was last seen in action against the legendary Jose Aldo. He managed to secure the win via split decision, in what was Aldo’s debut fight.

Before Cejudo’s retirement, there were plenty of options. However, now that Aljamain Sterling and Cory Sandhagen are fighting and Cody Garbrandt and Thiago Assuncao facing off this weekend, Cruz is the next best bet.

A fight between Moraes and Cruz will generate plenty of hype. Moraes is known for his amazing Muay Thai and is gifted with sublime Headkicks. In addition, he can throw extremely fast counters and his leg kicks are deadly.

Dominick Cruz on the other hand is a true veteran in the sport. He has a very strong wrestling base and is excellent on his feet as well. His array of unorthodox punches and excellent ground game, make him one of the most dangerous fighters to go up against in the division.

With Moraes itching for a return and several potential opponents in line, fans are eagerly awaiting the Brazilian’s comeback to the octagon.

What are your thoughts on Moraes’s call out? Is it a good match-up? Let us know in the comments below!