“This Is Just An Excuse To Get Knocked Out”: Former NBA Champion Blasts Joel Embiid For Orlando Bubble Concerns

UFC Middleweight Paulo Costa took to Twitter and shared a hilarious video that pays homage to Mike Perry. The top 185-pound contender commented on the recent occurrence that saw ‘Platinum’ Mike Perry being cornered and trained exclusively by his girlfriend. The post is a call back to said event that had the MMA community puzzled as to its viability.

I really need to thank Mike perry for opening my eyes. Who needs coaches? pic.twitter.com/kA9z94lmHP

Social Media has been a tool used by ‘The Eraser’ to showcase his quick-witted nature and persona. He constantly trolls fellow fighters in a rather direct manner, to say the least. However, a recent comment did not go down well with Costa.

A Twitter user got under the Brazilian’s skin when he made a comment towards a woman featured in Costa’s video. The woman in question is believed to be Costa’s partner.

You can use her butt as pads 😻

The future title challenger did not take well to the user’s remarks and fired back.

Send me your address please motherfucker

Paulo Costa, the definition of ferocity

The orthodox power puncher has shown to be equally ferocious inside and outside the octagon. Ever since his debut appearance, ‘Borrachinha’ has put on one dominant performance after the next. He was a highly touted prospect as soon as he made his debut in 2017. Very few fighters have captured an entire division’s notice. Moreover, he has yet to falter under the bright lights. 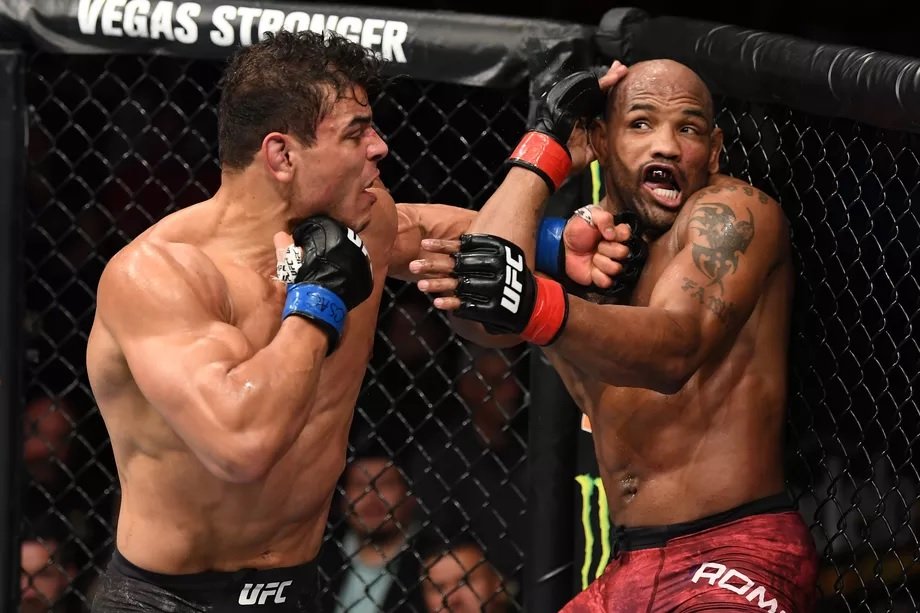 The undefeated fighter has managed to maintain an insanely high finish rate in his 13 fight career. Barring his most recent bout against Yoel Romero, Costa has stopped every opponent he’s stood across from. Not to mention his massive strength and reach advantage have bolstered his credentials as a top contender.

The Middleweight juggernaut is all but certain to face Israel Adesanya for the undisputed championship. The two elite Middleweights have plenty of bad blood going into their potential title bout. Fight fans salivate at the high-pressure striking battle that the match-up promises on paper.

“What the F***?” – Israel Adesanya on Working as an Analyst for Mike Tyson vs Roy Jones Jr.