Jon Jones seems to be edging closer towards his move up to the Heavyweight Division. The UFC Light Heavyweight Champion has been considering the move for a long time. However, his recent Twitter exchange with “The Predator” Francis Ngannou suggests that we might be closer to watching Jon Jones at Heavyweight than we expect. 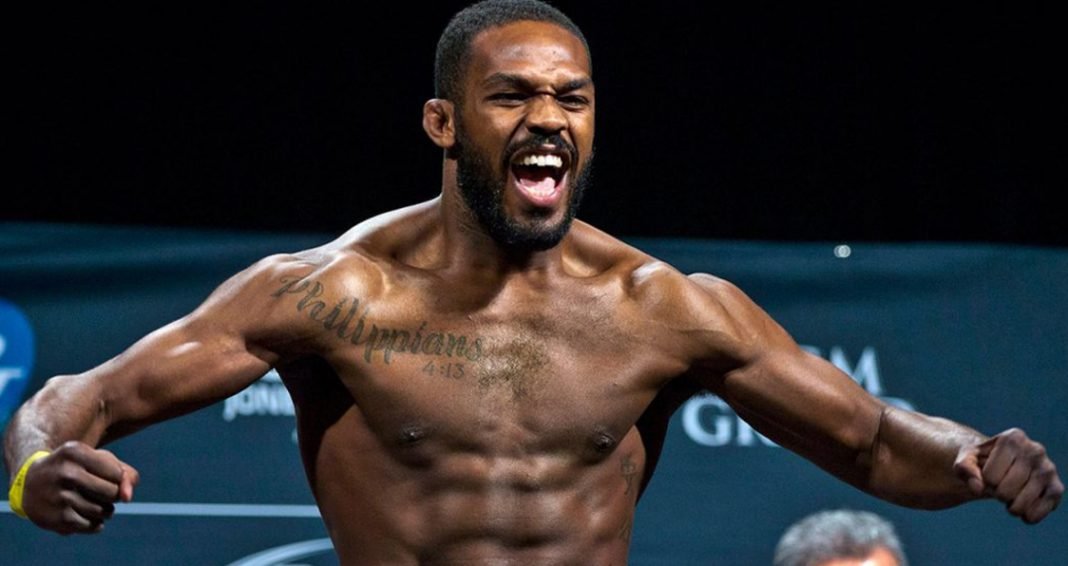 The exchange between the two started when Jon Jones reacted to Ovince Saint Preux’s Heavyweight debut on 13 May at UFC Ajax.

Man it was weird seeing OSP fight at heavyweight, made it seem so much more real for me. Especially knowing he was at 240lbs. With a little more cardio, he would’ve been 🍒 I was visualizing myself as him that whole fight

Ngannou holds a lot of respect for Jon as a fighter. He even stated that Jon Jones is a worthy opponent wherever he fights. But, he didn’t quite anticipate a fight with “Bones” as the latter was still ruling over the Light Heavyweight Division.

However, as Jones put his eagerness to move up on display, Ngannou decided to entertain his thoughts.

In his response to Ngannou’s Tweet, Jones wrote: “Seemed so real Francis, all that power means nothing when your [haymakers] are too slow. I’m not most my friend.”

Seemed so real Francis, all that power means nothing when your hay makers are too slow. I’m not most my friend https://t.co/co6uSqzRSm

And now, we a whole new possibility of the two locking horns inside the Octagon. In fact, Jones is considering a fight with Ngannou quite vividly!

No the truth is you would never agree to fight him. I feel like my talents are blessed by God, I have no reason to doubt my chin or abilities. https://t.co/T6sG9nsj29

By just being myself https://t.co/kIksHn1AIA

Jones even said that he is looking forward to a fight with either Ngannou or Thiago Santos when he moves up. And, by the looks of it, Ngannou is just as interested as Jones is.

Who would you guys consider the quicker and more technical striker Thiago Santos or Francis? If you guys think I wouldn’t take this fight you’re insane. I have absolutely nothing else to prove as a light heavyweight. I’d love that big money fight right around now. Send the deal

If you think you can handle my technique level that’s fine 🤷‍♂️ but I agree with you that you don’t have anything to prove in LHW division and that this should be for bags 💰💰💰💰💰💰💰 https://t.co/PtD04F3aSl

Who do you think will win in a Heavyweight bout between the two? Let us know in the comments section!