As the match between Max Rohskopf and Austin Hubbard continues to garner attention due to the unique way in which Max stopped the fight from the stool, former fighters-turned-analysts Michael Bisping and Dominick Cruz gave their views regarding the episode.

Many from the fighting fraternity believe that Rohskopf’s coach was incorrect to push his fighter back in. This was because Max kept asking him to call it to a halt. However, others believe that the coach, Robert Drysdale, made the correct choice by giving his fighter that extra push. 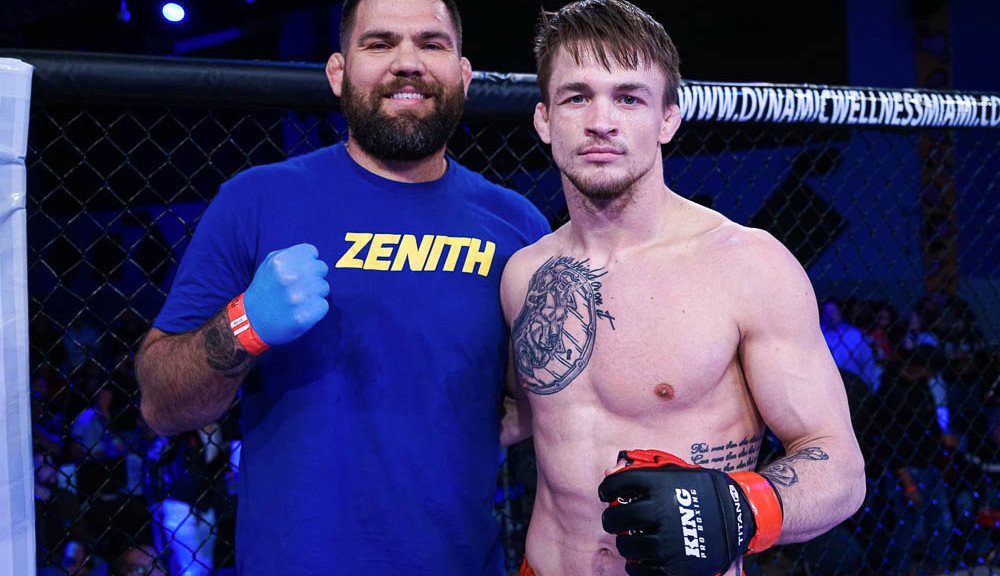 “I’ll be hard on coaches. I’ll say, hey, that fight should have been stopped. Don’t try and get your fighter to continue when they don’t wanna fight. But, it wasn’t like he just got blitzed constantly for five minutes. Yes, he took some damage. Yes, he was wearing it. And of course, he was tired. But, I agree with the coach. The coach was still trying to get him to fight and not give up mentally. And I believe that Max, when he watches it back, will be disappointed with himself.” 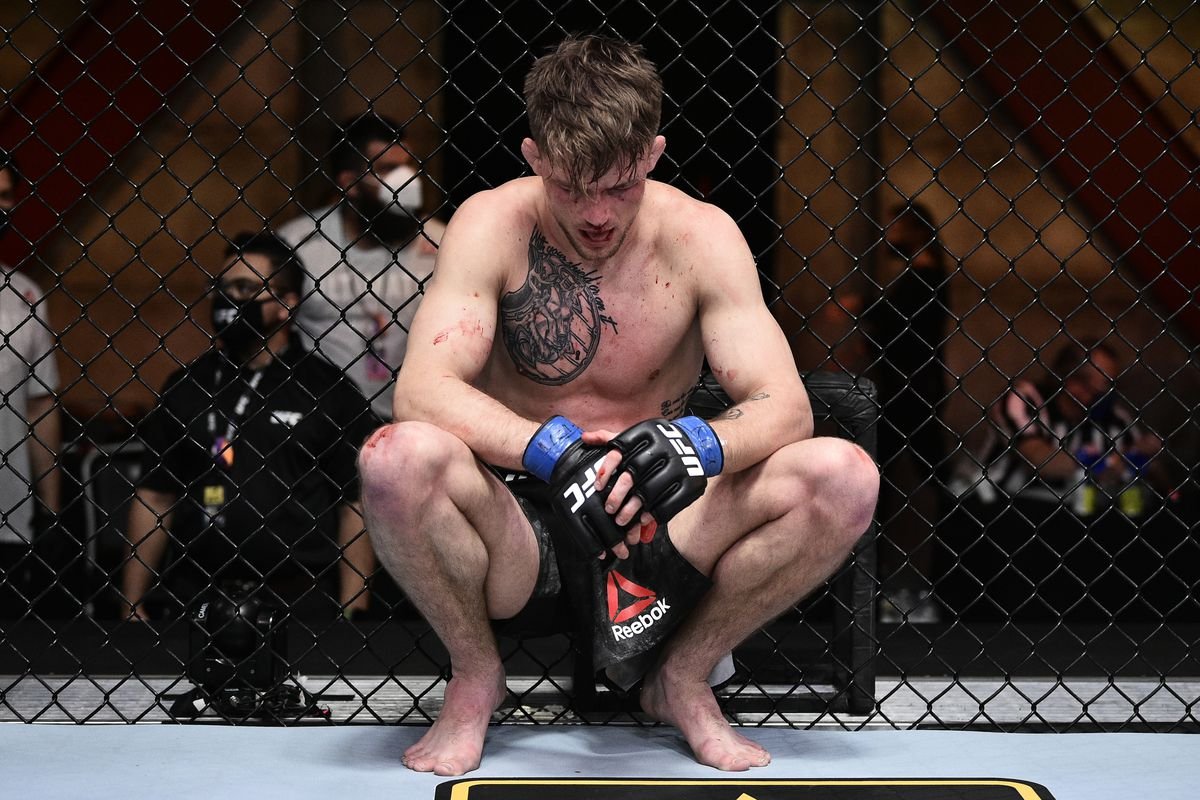 Thus, while Bisping agrees with the general outcry regarding unnecessarily pushing fighters when they opt out, he believes that Drysdale was right to try to motivate Max.

This is because the amount of damage that Max took wouldn’t warrant a stoppage in a regular case. However, it was his fatigue due to his short-term acceptance and weight-cut that inspired his decision. 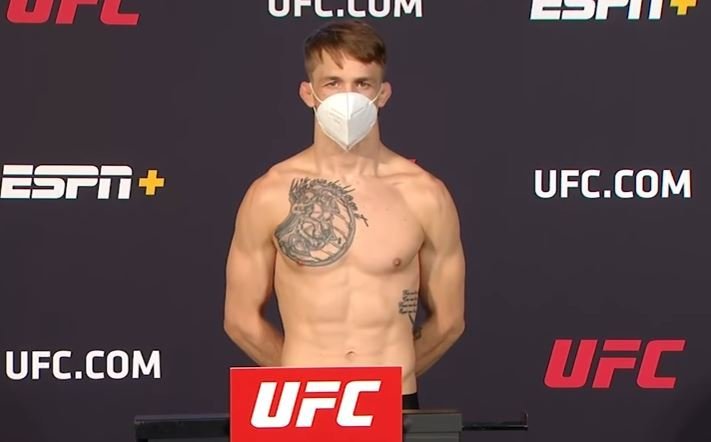 Bisping also made a very valid point regarding when a fighter quits. He said that a fighter is in the most lonely place when one fights. Therefore, calling it quits is the last thing one wants. But people should pay heed when she/he does.

Dominick Cruz agreed with what Bisping had to say. Moreover, he said that going against a person with an experience of 15 fights was also an overwhelming factor in the fight for Max, who barely had 5 fights to his name.

“Rohskopf was believing that his cardio with the wrestling was really gonna be able to get the job done. When you’re that seasoned of a wrestler and it doesn’t work? And it’s maybe only five fights into your career? He probably hasn’t ever felt somebody stuff takedowns and just stay in the fight like that.” 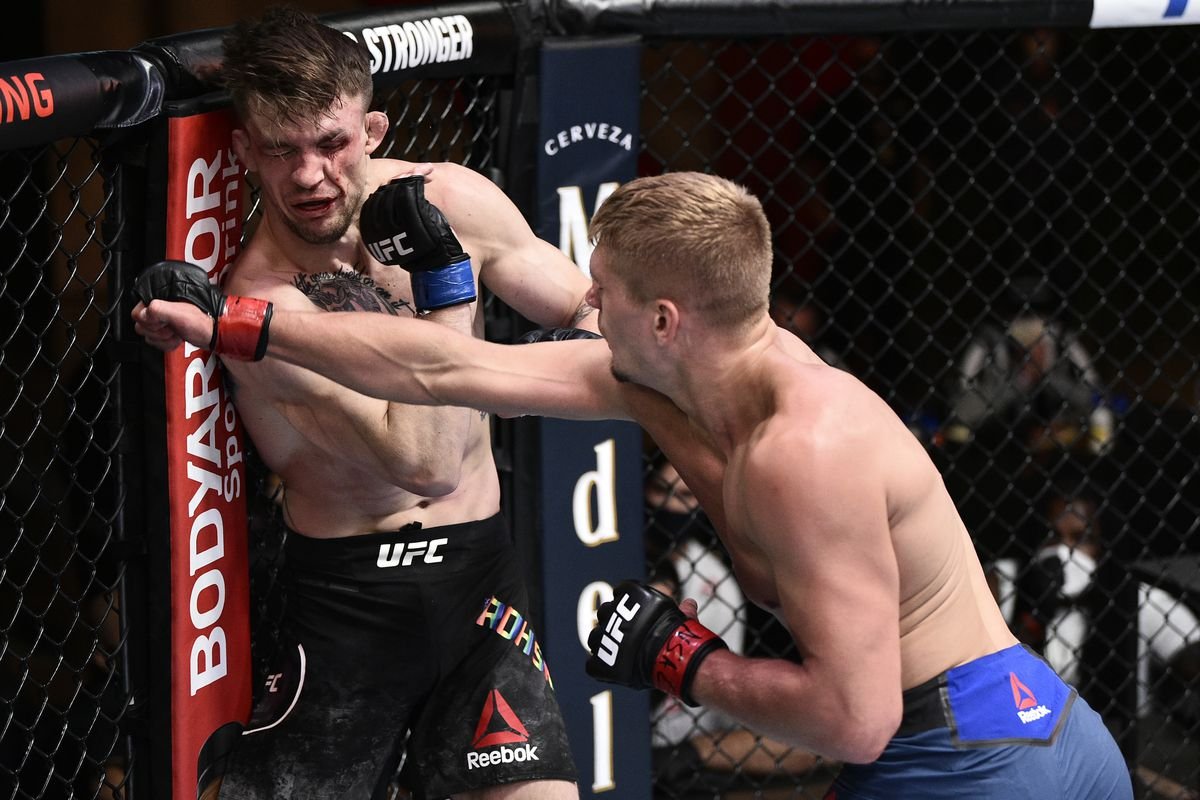 “The experience plays a huge factor… You have to be able to breathe through [the damage]. I saw just a lack of experience. But the bottom line is when he goes back and watches that fight, sees his coach had his back [at] that moment? I think he’s gonna be very proud [of] his coach. ANd take a look at himself and make some adjustments.”

Do you agree with Bisping and Cruz? Let us know in the comments section!