UFC Fight Night 84 was headlined by the returning former UFC Champion Anderson Silva and Michael Bisping, who was to be the UFC’s first British Champion. Bisping was originally supposed to fight Gegard Mousasi in a main card bout. However, Silva replaced the latter two months before the fight. This must have motivated Bisping further, as he was now fighting his idol.

Silva showed no signs of rust on his return, engaging in his trademark flashiness. Matched with Bisping’s offense, the fight was a visual treat for the audience.

In the 3rd round of the fight, Anderson Silva connected with a knee right under Michael Bisping’s left eye, busting it open. Ideally, the shot would end the fight and declare Silva the winner. A win on his return to the UFC after a one-year suspension. ‘The Spider’ certainly thought so, as he backed off and moved towards the center of the Octagon with his arms raised in victory. However, his jubilation was short-lived, as officials clarified that Herb Dean had not called off the fight.

He wore a look of disbelief, as did many of his fans. The crowd, however, was behind their hometown hero, who did not disappoint them. The fight continued and went the distance. Most of the audience believed that the fighter should have relented, since his opponent was grievously wounded. However, Bisping rallied back and did not fade away despite his gash. Silva did all he could, especially in the final frame, where he used a front kick. Bisping, surprisingly, survived to clinch his career’s biggest win to date. 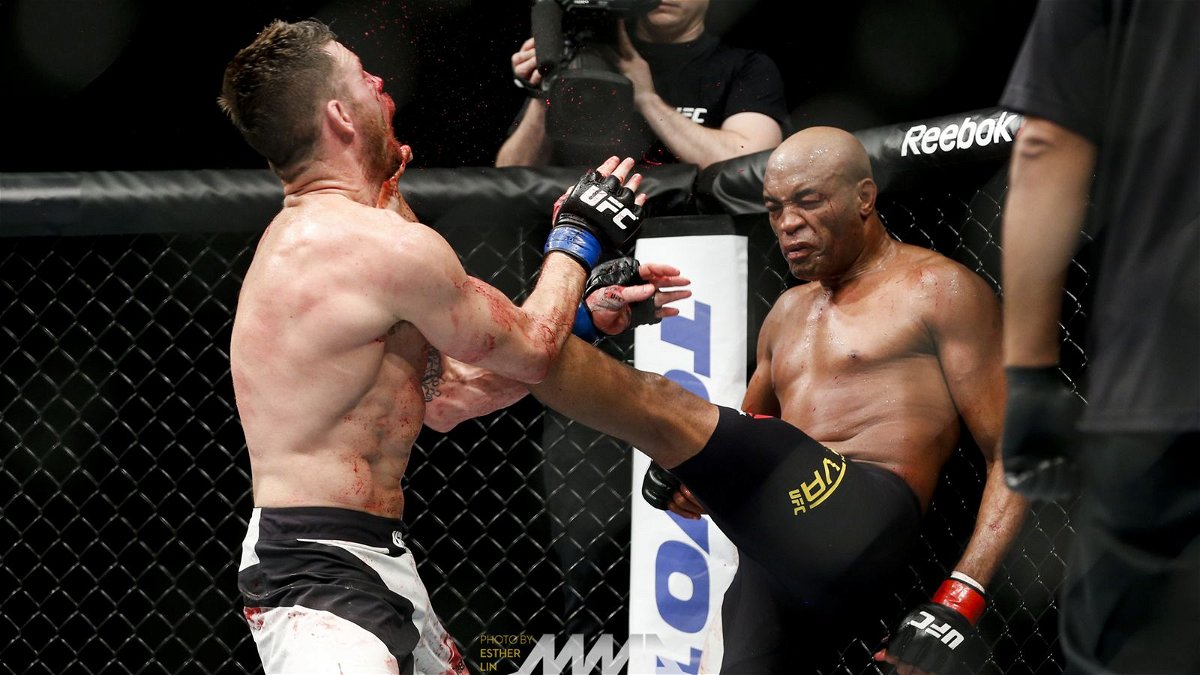 The fight was an emotional win for Bisping, who called the match as a lifelong quest, as he aspired to be like Anderson Silva and worshipped the Brazilian. “The respect I have for you. You cannot measure. You inspired me. If it wasn’t for you, I wouldn’t be here,” he said.

Silva branded the loss as a result of corruption in the post-fight address. He thought the fight went differently, but the referee didn’t agree with him. Many instances support his theory, including the referee stopping the fight to allow Bisping to retrieve his mouthpiece. However, the fact remains that Bisping won and Silva’s search for a win continues.

Anderson Silva’s wait for a UFC triumph now extends into its third year. The Brazilian did pick up a comeback win over Nick Diaz at UFC 183. However, a failed pre and post-fight drug test resulted in the fight being declared a no-contest. Silva lost his next fight as well, before picking up a controversial unanimous decision win over Derek Brunson at UFC 208.

However, Silva was just being Silva and keeping the same style that led to him becoming UFC’s longest-reigning Champion in history. One wonders what would have at UFC Fight Night 84 been if Silva landed a few hard jabs after the knee which busted Bisping open.