The fight at UFC 47 saw two young talents take to the Octagon. They were 20-year-old Nick Diaz and 22-year-old Robbie Lawler. The former headed into the fight with an 8-2-1 record, whilst the latter had an 8-1 record. Diaz, by securing a shocking KO win over Lawler, announcing himself to the world.

Lawler was the older fighter, but Diaz had an inch of reach advantage. The event commentators did not believe that the difference could make a huge difference. However, Diaz used an approach that helped him maximize the reach advantage to the fullest.

The young mixed martial artist attempted to outbox Robbie Lawler and dictate the pace of the fight. His left-handedness helped.Further, Lawler’s sparring southpaw being much shorter than Diaz meant that the latter had a further advantage.

Lawler, who liked to press the action was kept on the back foot, with his power game nullified. Diaz, at one point, resorted to taunting his opponent. At one point he had his right arm raised over his head. The commentators, perplexed over his actions, rationalized that he was playing with Lawler. 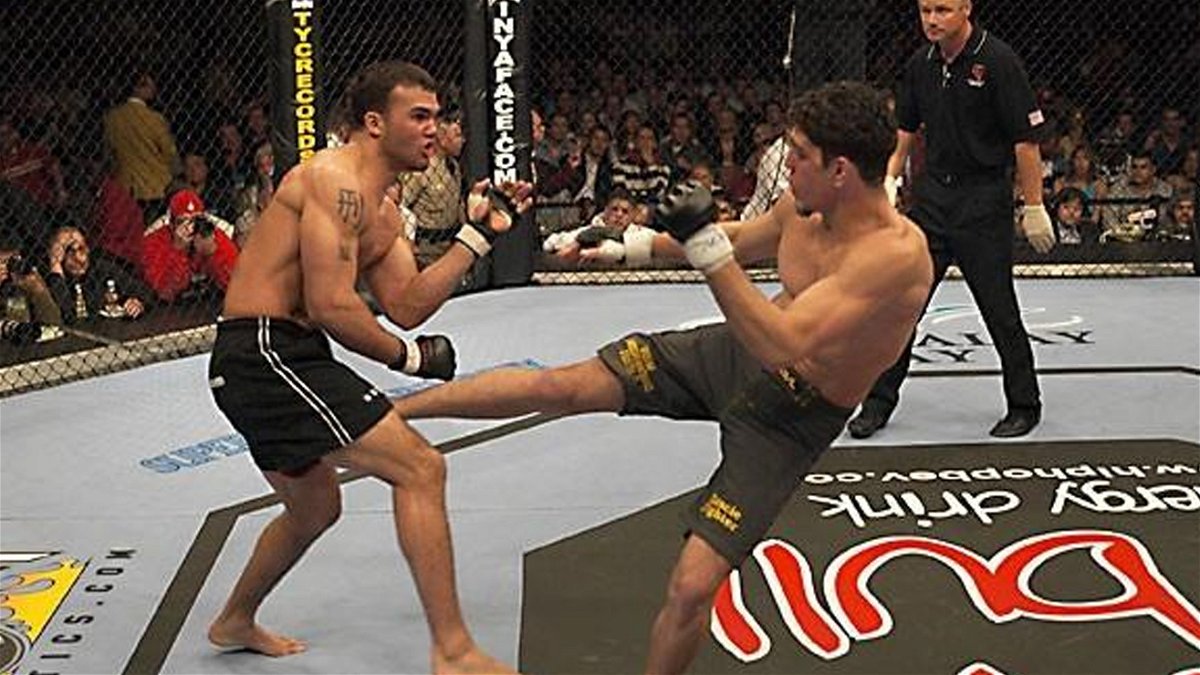 Diaz’s actions were a clear indication of his ability to go toe to toe with an aggressive fighter like Lawler. After all, he did have the experience of fighting Jeremy Jackson as proof that he could hold his own against dangerous strikers in fights.

This must have been what Diaz based his gameplan on, and did not switch to another approach after being rocked by Lawler in the first minute of the first round. He kept at his game and angered his opponent who came charging in with an offensive flurry midway through the first round. Diaz stood strong, despite a high knee that busted him open from the nose.

Angering Lawler worked in Diaz’s favor. It left him vulnerable in the second round around the 1:26 mark, when a hard right from Diaz saw Lawler fall to the mat. He sprang to his feet immediately, but the deed was done The referee had to intervene as the two still seemed ready to go at each other. Lawler was furious with himself. He walked around the octagon in an attempt to convey that he was fine to continue with the bout. Eventually, he walked over to Diaz and congratulated him.

The two, in the following years, made their name in the UFC and the world of MMA. We have yet to see the sequel to this match. It seems unlikely, considering that Nick Diaz’s last fight was over 2 years ago and he has since retired.