A fan commented, “Don’t know you in personal life but you gained my respect as a fellow LEO[.] We need people like you to be a voice. Thank you!”

Tito wrote in his rather interesting response: “I’m Aquarius but respect!”

While Tito is definitely amongst the best fighters that ever walked the Octagon, he doesn’t seem to have the power of grasping conversation easily. While the fan was praising Tito for his decision to become part of the law enforcement, and thus become an LEO [Law Enforcement Officers], he thought he was receiving praises for the month he was born in, and should, therefore, continue raising his voice.

Following the Huntington Beach Bad Boy’s comment, a fan decided to help him understand why he received praise. The user wrote: 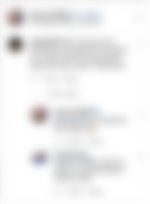 Of course, as soon as someone realized what was going on, they deleted the entire thread.

Nevertheless, it is commendable that Tito is looking forward to joining the police force.

In an interview with TMZ Sports, Ortiz stated that he is actually serious about joining law enforcement. He said that he is in the best time of his life to contribute towards maintaining law and order.

Consequently, he stated that the only thing left for him to do is decide what position to join at.

The will to join the force fired up as he saw close ones battle on endlessly at front-lines. In fact, out of the few friends that Ortiz had in law enforcement, one has been on the frontline with no breaks, for as long as twelve days.

What do you think about Tito’s decision to join law enforcement?