Former UFC interim welterweight champion Carlos Condit returns to the octagon on the first UFC card of 2021. ‘The Natural Born Killer’ returned to the UFC in 2020, nearly two years since his retirement from the sport.

Condit was able to roll back the years as he ended a five-fight losing streak with a win over Court McGee. He now returns to face fellow veteran Matt Brown in a fun matchup for the MMA audience.

Condit joined the UFC back in 2009 and has got wins over the likes of Rory MacDonald, Dan Hardy, and Nate Diaz. These are the top five Carlos Condit moments in the UFC.

Carlos Condit suffers a loss on his UFC debut

The UFC signed the then WEC welterweight champion in 2009. Having defended the title three times, the UFC would put ‘The Natural Born Killer’ in the main event on his UFC debut. Condit would face Martin Kampmann, who was on a good run in the promotion.

Unfortunately, things would not go Condit’s way as he would lose a split decision to the ‘Hitman’. But Condit would get his revenge in 2013 when he finished Kampmann with punches and knees.

‘The Natural Born Killer’ was in a bit of a weird spot heading into his fight against a young Canadian fighter named Rory MacDonald. Condit was 1-1 in the UFC with both fights going to the judges split decision. Condit would start slow against the Canadian phenom, who was ahead on the judges’ scorecard heading into the third and final round.

The American would turn on his killer instinct as he stopped MacDonald with just seven seconds left in the round. This would earn Condit his first-ever UFC Fight of the Night bonus.

One of the most vicious KO’s of Condit’s careers was when he fought Englishman and current UFC commentator Dan Hardy. ‘The Outlaw’ had warned Condit, heading into the fight, that he planned to limit Condit’s range with his leg kicks. ‘The Natural Born Killer’ always ready to get into a fight stood up to Hardy, giving back in equal measure. With just over 30 seconds left in the first round, Condit would land a heavy hook connecting clean, sending to the canvas. He would earn ‘Knockout of the Night’ and get himself another bonus.

Condit would put together a steady streak of impressive wins. He would record three consecutive finishes over Hardy, MacDonald, and Dong Hyun Kim. The UFC would grant him an interim title shot against Nick Diaz after Georges St. Pierre had to pull out of their fight because of injury. ‘The Natural Born Killer’ would earn a unanimous decision win over the older Diaz brother to capture the interim UFC lightweight title at UFC 143.

Condit would then face Georges St Pierre in a title unification fight, only to lose via unanimous decision to the Canadian champion. 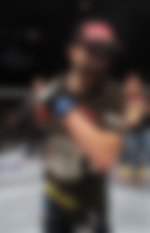 At UFC 154, Condit would become only the second person, after Matt Serra, to score a knockdown on St-Pierre. Fans had feared the worst for the Canadian champion when ‘The Natural Born Killer’ landed a stunning head kick early in the third round.

Condit would move to finish the champ with his ground and pound, he could not do so. The masterful GSP would survive that scary moment and win by unanimous decision. Although on the wrong side of the decision, ‘The Natural Born Killer’ earned yet another Fight of the Night bonus.