Justin Gaethje has improved considerably throughout his career. Recently, he conquered Tony Ferguson at UFC 249 and set a new record. Here’s how the “Highlight” has evolved over the years.

Gaethje entered the UFC with a perfect 17-0 record. Known for his wild brawling style and devastating knockouts, UFC President Dana White knew exactly who he was signing. Gaethje took on Michael Johnson in his first-ever UFC fight. The match itself was a war, with both men having their moments.

Although Gaethje won the bout, the match was an eye-opener. Analysts and critics realized that Gaethje will not have a long-lasting career. But in Gaethje’s defense, he wasn’t planning to have one. He constantly mentioned that he has a few “wars” left in him.

His next two fights were back to back losses. The American lost to Dustin Poirier and Eddie Alvarez consecutively. However, he did land an awful amount of significant strikes and bagged a couple of performance bonuses. 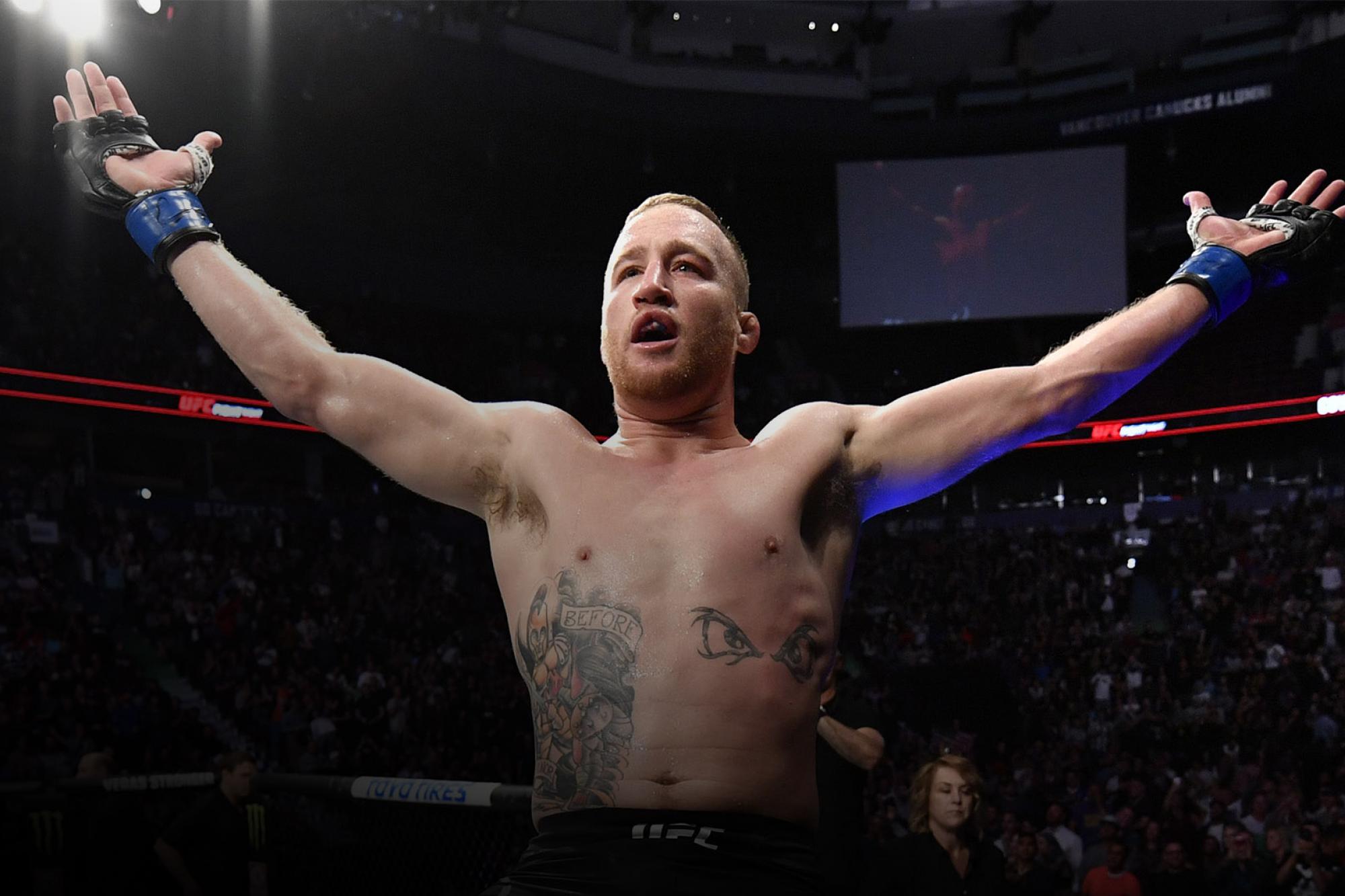 The losses forced Gaethje to change his strategy. In his matches with James Vick, Edson Barboza, and Donald Cerrone, Gaethje was much more precise and calculated. He did not chase the knockout like before. Instead, he picked his shots and looked for openings.

The Result? All 3 fights ended in vicious KO/TKOs. His significant striking accuracy rate bumped up to 55.6%, the highest in UFC history.

This is not the Gaethje that lost to Alvarez and Poirier. This is Gaethje 2.0.

Gaethje’s most recent win came over Tony Ferguson. He ended Ferguson’s eight years winning streak with his excellent timing and perfect counters. While most people expected Gaethje to gas out in the middle of the fight, Gaethje proved all doubters wrong.

Justin Gaethje entered this fight with the highest significant striking accuracy rate in UFC history, at 55.6%

He landed with 72.6% accuracy against Tony Ferguson@Justin_Gaethje #UFC249

He conserved his energy and landed over 143 (out of 197) significant strikes with 72.6% striking accuracy. 100 of those strikes landed on Ferguson’s head.

Ferguson, on the other hand, threw 297 strikes out of which 136 were significant. In every single round, Ferguson attempted more strikes than Gaethje. But Gaethje was more accurate with his blows.

Eventually, the referee stopped the bout in the fifth round when Gaethje stung Ferguson with a hard punch.

Tony Ferguson suffered a fractured orbital bone during his war with Justin Gaethje at #UFC249.

According to UFC stats, Ferguson absorbed 100 significant strikes to the head over 20 plus minutes. https://t.co/CnAXCNjLtq pic.twitter.com/7daFVZgJUG