“I’m Not Crying About It I Needed Time” – Paul Felder

Dana White’s dream has now turned into reality. In less than two weeks, the UFC will host its first-ever fight card on Fight Island. Recently, the company released a jaw-dropping promo to hype up UFC 251.

The wait is finally over. Starting from July 11, the UFC will host all of its international fights on Fight Island, aka Yas Island. The island is in Abu Dhabi. The entire facility is built to cater to the UFC. It is equipped with everything that a fighter will need. As promised, White has even set up an octagon at the beach.

The first event on Fight Island

White and the matchmakers did not hold anything back on this card. The event is stacked from the top to the bottom. Amanda Ribas and Paige VanZant will kick start the main card. Following this match, Jessica Andrade and Rose Namajunas will go at it in a rematch. 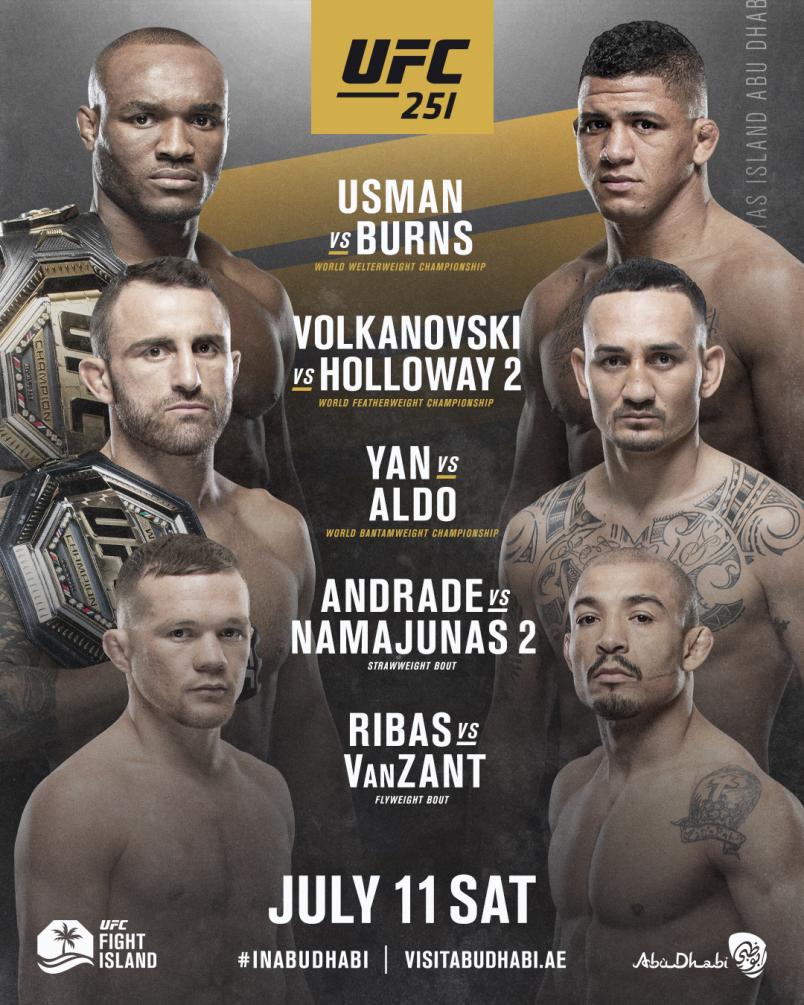 It’s all gold from here. The next three bouts are all championship matches. Jose Aldo and Petr Yan will compete for the vacant bantamweight strap. The Russian is on a nine-fight win streak. His opponent, on the other hand, is coming off a loss to Marlon Moraes.

The next fight is another rematch. Max Holloway will look forward to capturing his belt once again. And in the main-event, teammates Kamaru Usman and Gilbert Burns will compete for the welterweight strap.

Looking at the card, it deserves all the hype that it has been getting. Check out the latest promo featuring Fight Island.

Getting to Fight Island is not as easy as it looks, even for the fighters. The UFC has devised a strict testing system. They will test the athletes before they board the flight.

This will be followed by three more tests.The company will administer these tests during the fighter’s stay. A final test will be conducted before the athlete leaves the city.