“Give a D*** if You Watch”: Boston Celtics Star Jayson Tatum Responds To Donald Trump’s Statements Around NFL

With the UFC rolling out amazing events at its Apex facility, we are in for another fight fans’ delight this Saturday as UFC on ESPN 11 airs on ESPN and ESPN+. And up for the co-main event, we will witness a Featherweight bout which promises to be a brawl: Josh Emmett vs Shane Burgos

Emmett is one of the most hard-hitting fighters in the Featherweight division across all MMA platforms, let alone the UFC. Every strike of his packs a wallop, thus making him a force to reckon with. 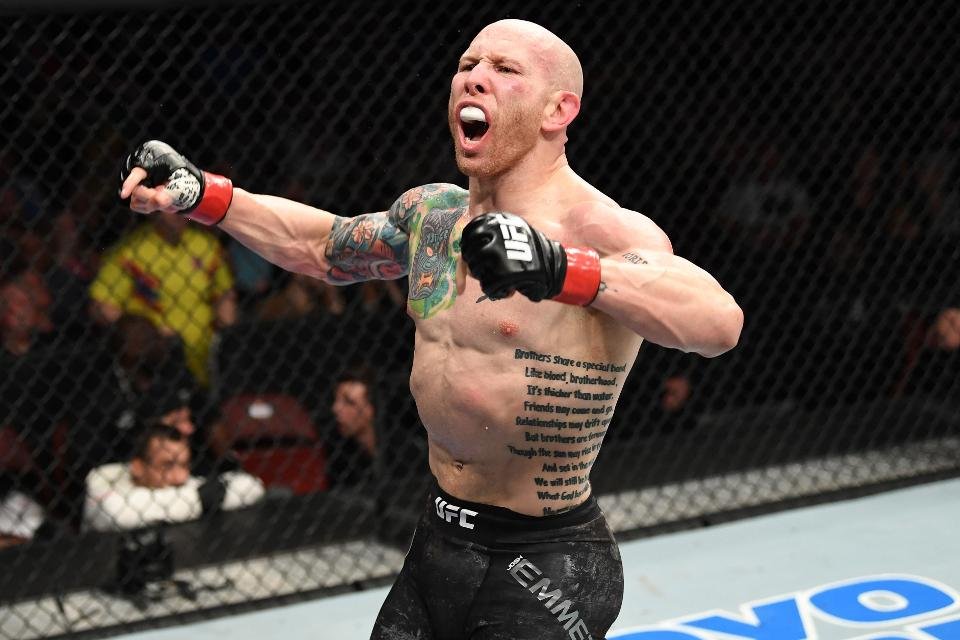 Even though his resume boasts of an impressive career in wrestling, Emmett has seldom employed it. This is because the 35-year-old extensively, if not only, relies on his power to knock the daylights out of his opponents.

His agility helps him find the haymakers, even though he might be losing a fight overall. This is evident from his victory over Michael Johnson. While both fighters showed extreme capability, Johnson evidently was winning the entire fight. However, that was only until Emmett dished out a thunderous hook right to his jaw, sending him crashing into the canvas. 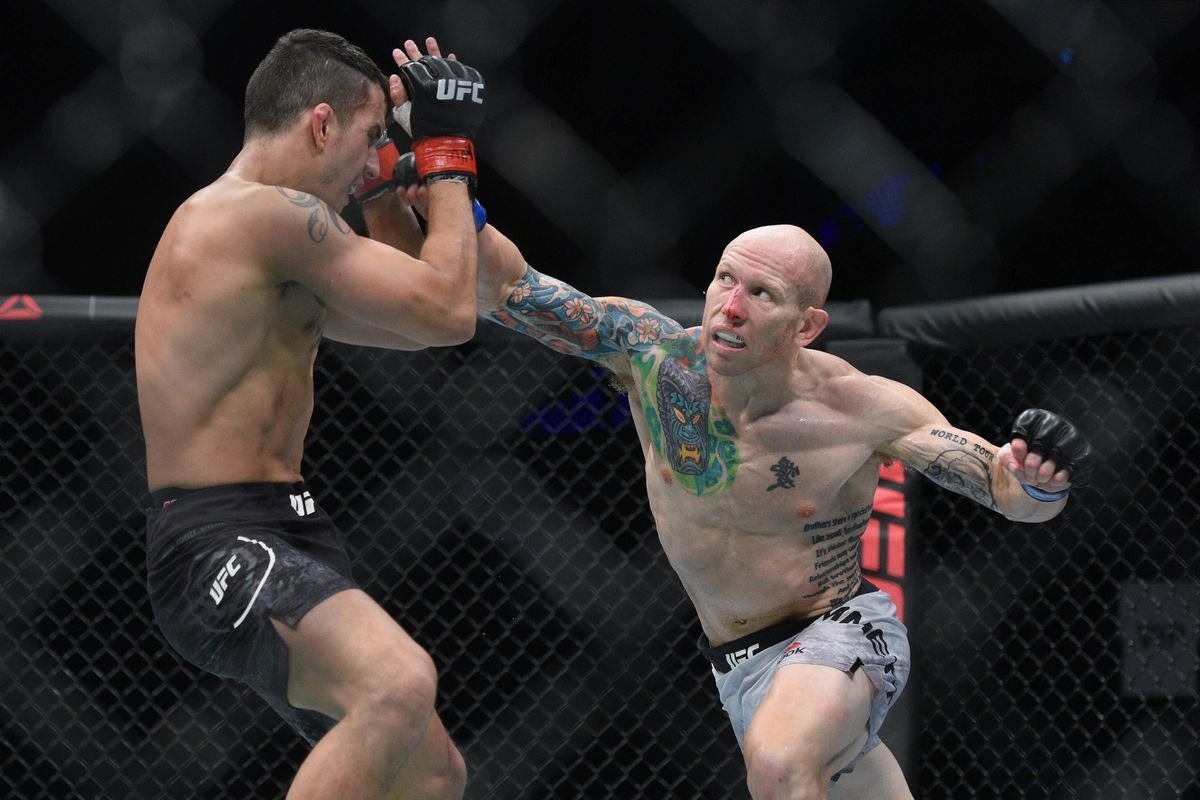 Thus, Emmett’s pressure and power will pose a huge challenge to “The Hurricane“, Shane Burgos.

While Emmett brings along with him strong and quick punches, Shane brings more overall striking to the table.

The 29-year-old remains quick on his feet and displays impressive defense. He dishes out precision strikes and is quick to duck away from danger.

His only loss came at the hands of Calvin Kattar. In a match where he displayed exceptional striking and patience, Kattar caught him with a huge right hand as he slipped towards his loss. 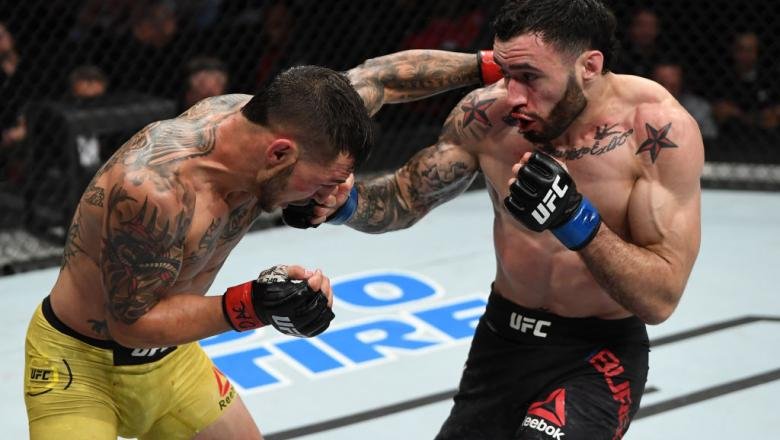 While even Dana White says that this match promises to be a dog fight, Shane Burgos has a greater chance of emerging victorious.

A huge factor that will play in his favor is the reach disparity between the two. Burgos holds a 5.5in reach advantage, which will not only help him carry out his game efficiently but also make it tough for Emmett to close in.

That coupled with the fact that Burgos is quick on his feet and has a greater ability to strike while moving backward will also play a huge role.

Who do you think will win in the bout that promises to be a dog fight? Let us know in the comments section!