UFC’s rising star, Khamzat Chimaev, has fired shots at recently retired Conor McGregor. Chimaev has drawn a lot of attention this past week, after securing back-to-back wins in a short span of 10 days.

The fighter took to Instagram and posted a picture and tagged McGregor.

Chimaev completely dominated Rhys McKee in his last fight and secured the win via vicious ground and pound. Khamzat has drawn several comparisons to Khabib Nurmagomedov, given how similar their fighting style is.

Khamzat has been involved in a Twitter spat with McGregor’s training partner, Dillon Danis. Danis sparked the virtual scuffle by saying that he would easily submit the Swedish welterweight.

However, Chimaev fired back by saying he can “smash’ all the fighters on the roster without breaking a sweat.

Fans were quick to troll Danis, with many commenting that Chimaev would maul him if the two ever fought. Khamzat has amassed an undefeated record of 8-0 and is being touted as the next big thing.

Despite all the attention he has received in recent weeks, the humble fighter revealed he doesn’t intend on showing off his money or marketing himself like The Notorious one.

Chimaev has previously said he doesn’t want to be like Mayweather and McGregor and wants to help people. 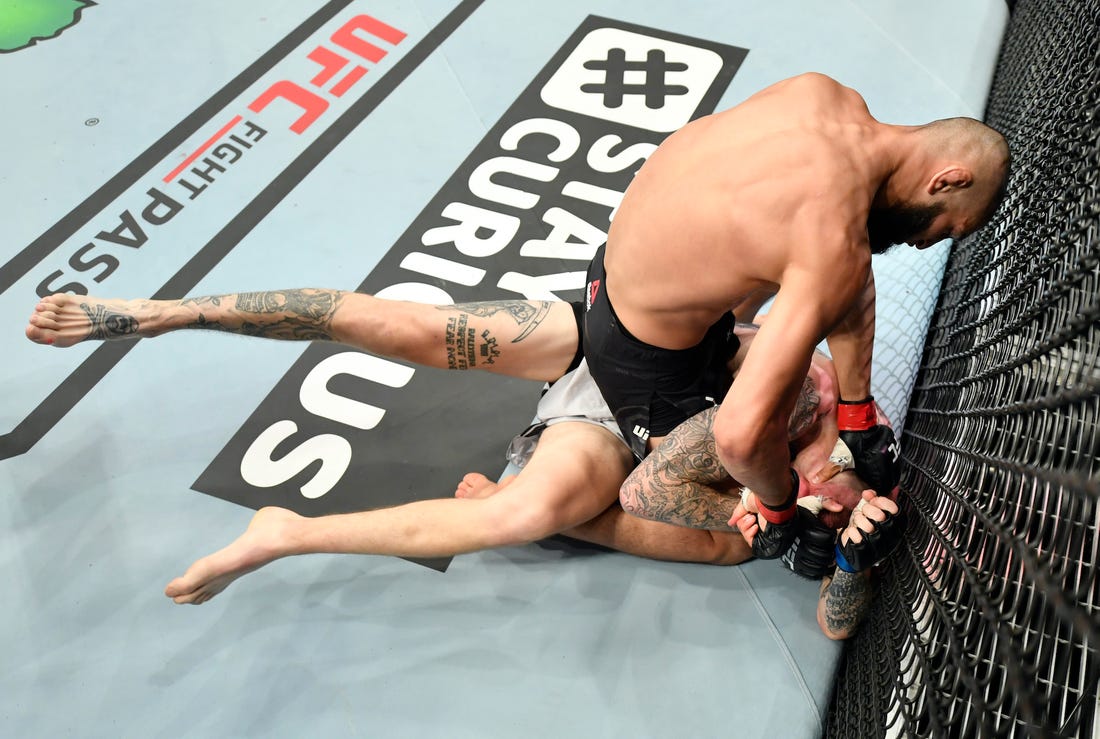 “I do this not only for me, I do this for everybody I can help. And I don’t want to be like Mayweather and McGregor, to show my money or something like that. I want to help people,” said Chimaev.

Khamzat called out UFC veteran Demian Maia. However, this fight may not happen anytime soon as Maia is a ranked opponent.

Nonetheless, the pace at which Chimaev is mauling his opponents, a massive fight is surely on the horizon for the Chechnya born fighter.

What are your thoughts on Khamzat Chimaev’s comments? Let us know in the comments below.