WATCH: Boxing Legends Go at Each Other on UFC 4

If you aren’t already hyped enough for UFC 252, here is something that will get the job done. Dana White just dropped the promo video for the fight. It is guaranteed to send a shiver down your spine and push you to the edge of your seat!

UFC 252 will take place in Las Vegas, Nevada, at UFC’s Apex Arena. With less than a day to go, the excitement cannot get any higher. With one of the biggest fights lined up for the main event of the evening, this promo video gives us a glimpse into what awaits us at UFC 252.

Starting off with the co-main event, a bantamweight clash between the undefeated Sean O’Malley and Marlon Vera with a record of 15-6-1 will get us in the mood. This match is being built on the fact that O’Malley stands undefeated and Vera is on a mission to change that.

But turning our focus on what actually might go down as the greatest legacy fight in the promotion’s history, the main event will be a heavyweight title fight. Daniel Cormier will challenge Stipe Miocic for the belt in their third and most probably last fight.

Dana White took to Twitter to further hype this event. White posted the event’s promo video and captioned it saying, “Oops I did it again. This is going to be the greatest heavyweight championship fight ever.”

Oops i did it again. This is going to be the GREATEST heavyweight championship fight ever! pic.twitter.com/j3kHmuyWXc

The two fighters have met on two occasions prior to this upcoming fight, and their scores stand tied as of now. Cormier walked in at UFC 226 and made history as he became a two divisional champion. He walked out with both the light heavyweight and the heavyweight title.

Not long after, Miocic won his belt back at UFC 241 with a fourth round knockout and re-claimed his belt.

It’s time. It’s Cormier’s time for redemption. He will walk into this fight hoping to win the heavyweight belt and retire from the sport as an active champion. He wants to end on a high note and what better way to do it? 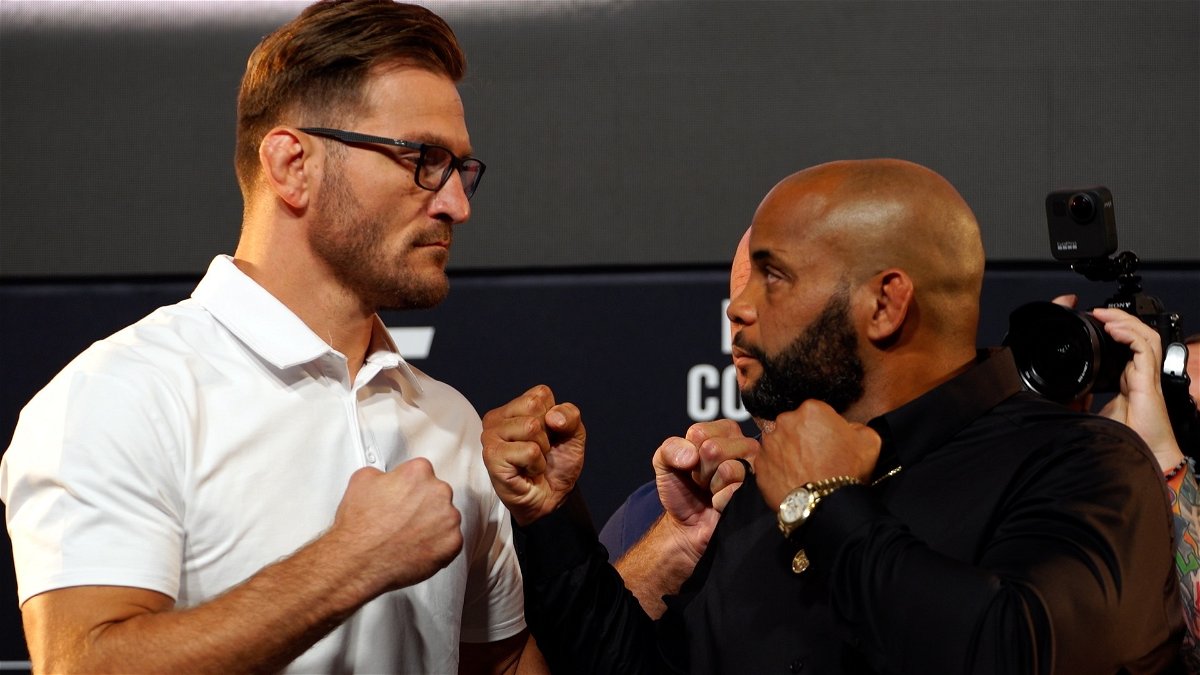 Irrespective of who comes out victorious at the main event, the fight will take both heavyweights one step closer to solidifying them as the greatest heavyweights to enter the octagon!

“Any Questions For Black Dana White?”- When Anderson Silva Trolled Dana White During a Press Conference