Francis Ngannou is one of the best strikers in the UFC at present. The Heavyweight fighter is on a 4-fight win streak ever since going down to Derrick Lewis almost 2 years ago. He has won all fights since then via punches resulting in first-round knockouts. He beat Curtis Blaydes, Jairzinho Rozenstruik, Junior dos Santos and Cain Velasquez in a cumulative 162 seconds.

However, he knows he must take on Stipe Miocic either for the title or the vacant title pending the champion’s next defense against the outgoing Daniel Cormier.

‘The Predator’ couldn’t take down Miocic with his sheer power and is working with boxers ahead of an imminent showdown.

Whilst working with multiple pugilists, Ngannou has also been engaging in a sort of body shot challenge. This sees him absorb shots straight to his torso. Whilst fans have praised the Cameroonian fighter for his rock-solid core, others have claimed that his opponents are too small. This must have been the catalyst for his latest post. 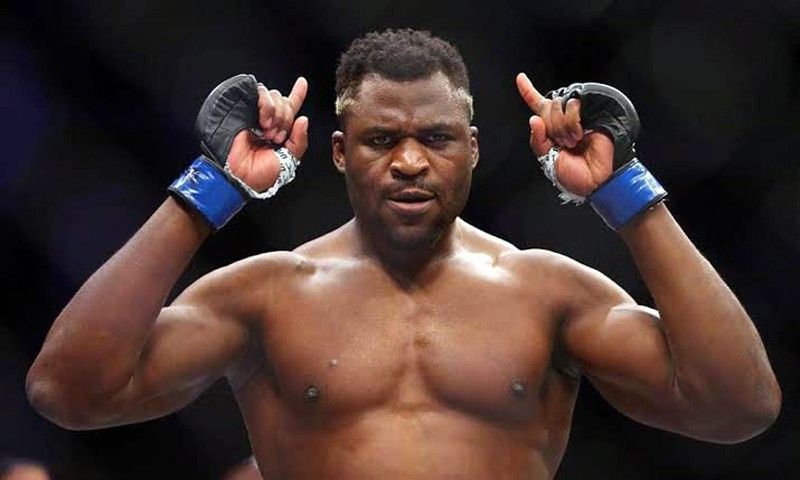 On Instagram, the Heavyweight contender wrote, “Ok this time we do a bigger guy.” The attached video features Xtreme Couture MMA Coach Eric Nicksick strap on the gloves. He then sets up and unloads a single punch onto ‘The Predator’s torso. Ngannou just responds with a minor grimace and bends over for a split second before smiling.

Nicksick then moves in and gingerly touches the gloves to the stationary target’s abdomen. Here he is locking his target and then he unloads another right-hand bang into Ngannou’s core. Once more ‘The Predator’ is all smiles.

Ok this time we do a bigger guy 😂💪🇨🇲 #bodyshotchallenge #flexfriday

He certainly is doing all he can to prepare for punches he may take in the Octagon in future fights. First, the Cameroonian posted a video of himself facing WBC Silver Lightweight Champion Ryan Garcia. However, here he is wearing body armor. In the next video, he takes shots from Lightweight boxer Braden Pagaoa sans the body armor.

What do you make of ‘The Predator’s newfound love of ‘The Body Shot Challenge?’ Who do you see him inviting next to have a swing at his chiseled torso?