Tony Ferguson is known to post quirky training videos on his social media platforms. The former interim lightweight champion has posted videos of him ranging from hitting his elbows against a metal pole to walking up and down a flight of stairs on all fours.

Recently, Ferguson took to Twitter and posted a video of himself. The video showed Tony practicing his rather unique dance moves.

Tony Ferguson has been around the lightweight title picture for a while now. However, he could not realize his goal of becoming the undisputed lightweight champion. The Mexican-American is a former interim champion but never fought for the undisputed gold.

Following his interim title win over Kevin Lee and consequent stripping of the title, Tony Ferguson was out for a couple of months. On his return to the octagon, Ferguson secured stoppage wins over Anthony Pettis and Donald Cerrone, leaving both men in a bloody mess. 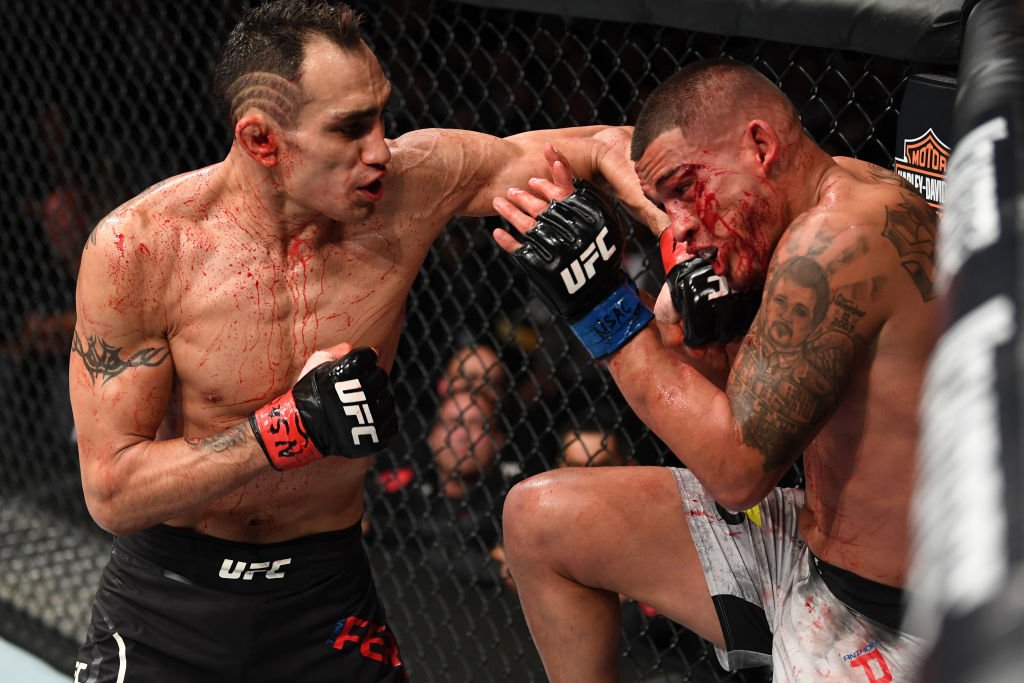 Tony was then awarded his second interim title fight against Justin Gaethje. The winner would fight Khabib Nurmagomedov for the undisputed title. Most fans hoped that Tony would win just so they could watch Tony vs Khabib. However, Justin Gaethje had plans of his own.

In arguably one of the best performances of his career, Justin stopped Tony in the fifth round of their fight and secured a title fight against Khabib.

Who will Tony Ferguson face next?

The UFC tried to schedule a fight between Tony Ferguson and Dustin Poirier. The fight was expected to be the co-main event for the UFC 254 card.

However, Dustin recently revealed that the fight will not take place, citing that the UFC failed to reach an agreement. Since then, Tony has supported Dustin. And Dustin has replied with the same enthusiasm, maintaining that he would like to fight Tony.

Who would you like Tony Ferguson to fight next?