Israel Adesanya has called out Paulo Costa after his win over Yoel Romero. Israel who is known for producing dazzling performances seemed to miss the mark this time around with both fighters hardly engaging. Adesanya had a lot to say about Paulo costa branding him a ‘’coward’’ and a ‘’ Bafoonus ignoramus’.

The champ only has ONE name in mind. 🏆

Speaking to Joe Rogan after the fight, Israel Adesanya said

Despite his confidence, it was a sharp contrast to what we saw in the fight. Both fighters hardly engaged in the first round with the Referee issuing a warning.

The only reason Adesanya won was because of the array of kicks landing him points. There was hardly anything to score with very little engagement making it an extremely awkward fight to watch.

With Paulo Costa next in line it surely brings up a heated debate. Yoel Romero vs Paulo Costa represented a completely different fight to what this was. Both fighters engaged and it turned out to be legendary. 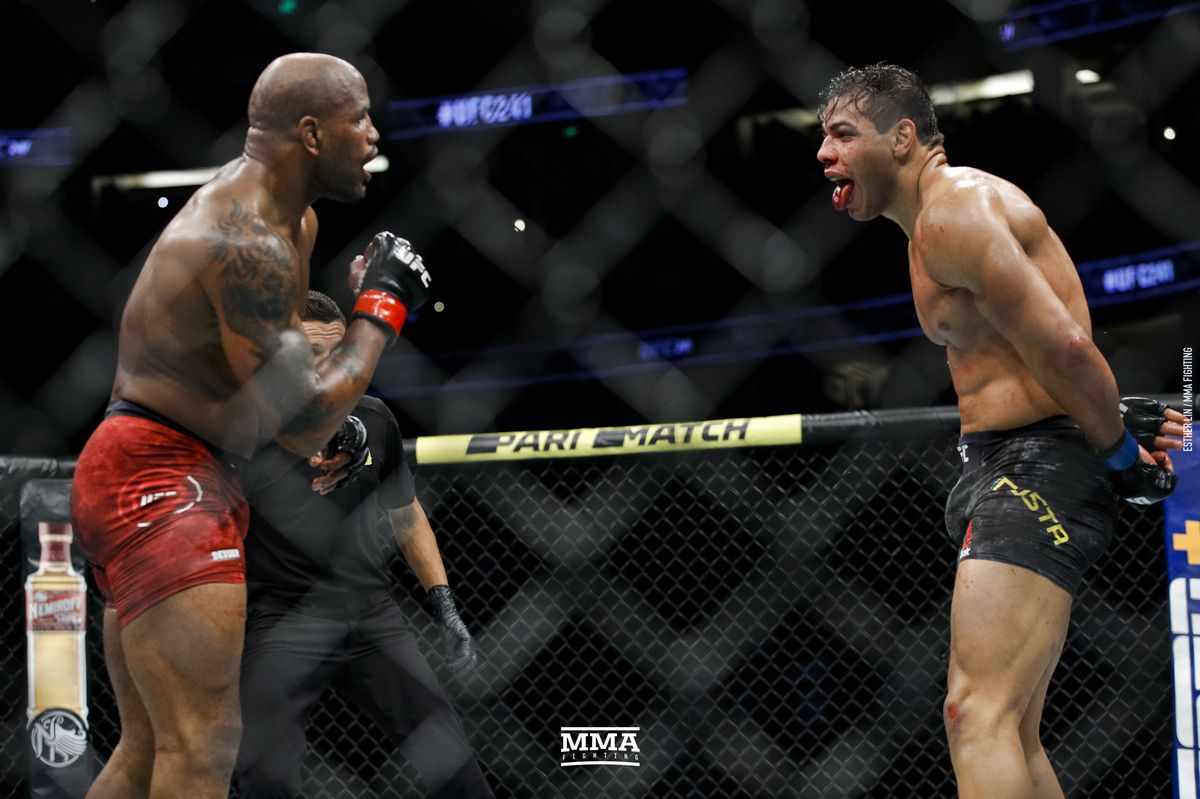 Paulo Costa is a  Serious Contender for the belt

‘’The Last Style bender’’ can’t use the same approach against Costa. Adesanya is great under pressure and is extremely accurate but with a hardman like Costa, it simply might not be enough.

Paulo Costa has made a gradual rise to the top and is a serious contender. With the variety of insults being thrown around this surely adds to the hype.

There’s certainly a lot of bad blood between the two fighters with a host of insults dominating most of their interactions.

Given What’s at stake this is surely bound to be a very interesting match up.

Who do you think will? Let us know your predictions.