The threats that are seemingly looming over UFC 249 have forced Henry Cejudo to consider other options for his own fight. He has come out on twitter suggesting precautionary measures to save his fight. The fight will be taking place on the 10th of May.

The UFC’s fifth attempt to book a fight between Khabib Nurmagomedov and Tony Ferguson seems to be in jeopardy. The travel bans may result in forcing Khabib to stay back in Russia. However, with his inability to step up against Tony Ferguson, Justin Gaethje is reportedly getting ready to tap in.

The UFC Bantamweight champion Henry Cejudo(15-2-0) is slated to take on Jose Aldo(28-6-0). The pair will be headlining UFC 250. The fight will be taking place at the Ibirapuera Gymnasium, Sao Paulo.

Since #UFC249 is in jeopardy because we can’t get Khabib out of Russia. So Just in case we can’t get Jose Baldo into America soil, make sure to bring your untailored tuxedo that you wear every Saturday long with yours balls! Because you’re on deck sweetheart. ❤️ @DominickCruz pic.twitter.com/1LaGGavqe2

However, the Coronavirus epidemic has been pouring water over multiple plans of late, seemingly including UFC 249. Cejudo suggests that the epidemic may force the UFC to move the event to the United States. As a result of which Jose Aldo may be unable to leave Brazil just like Khabib.

Therefore, the King of Cringe has taken up matters into his own hands by ensuring a backup is available in case Aldo is forced out. Triple C has taken to social media to call out Dominick Cruz as a stand-in for his first title defense.

“Since #UFC249 is in jeopardy because we can’t get Khabib out of Russia. So Just in case, we can’t get Jose Baldo into America soil, make sure to bring your untailored tuxedo that you wear every Saturday long with yours balls! Because you’re on deck sweetheart. @DominickCruz”- Henry Cejudo

Will Henry Cejudo Have to Take on Dominick Cruz

Initially, the pay-per-view was scheduled to take place in Sao Paulo, Brazil, Jose Aldo’s home country. But international travel restrictions have left the event defenseless and with an uncertain future, much like UFC 249.

Even if the event takes place in the United States, the travel bans may affect Aldo’s move to the States as well. Which is why Cejudo is on the lookout for a proxy. 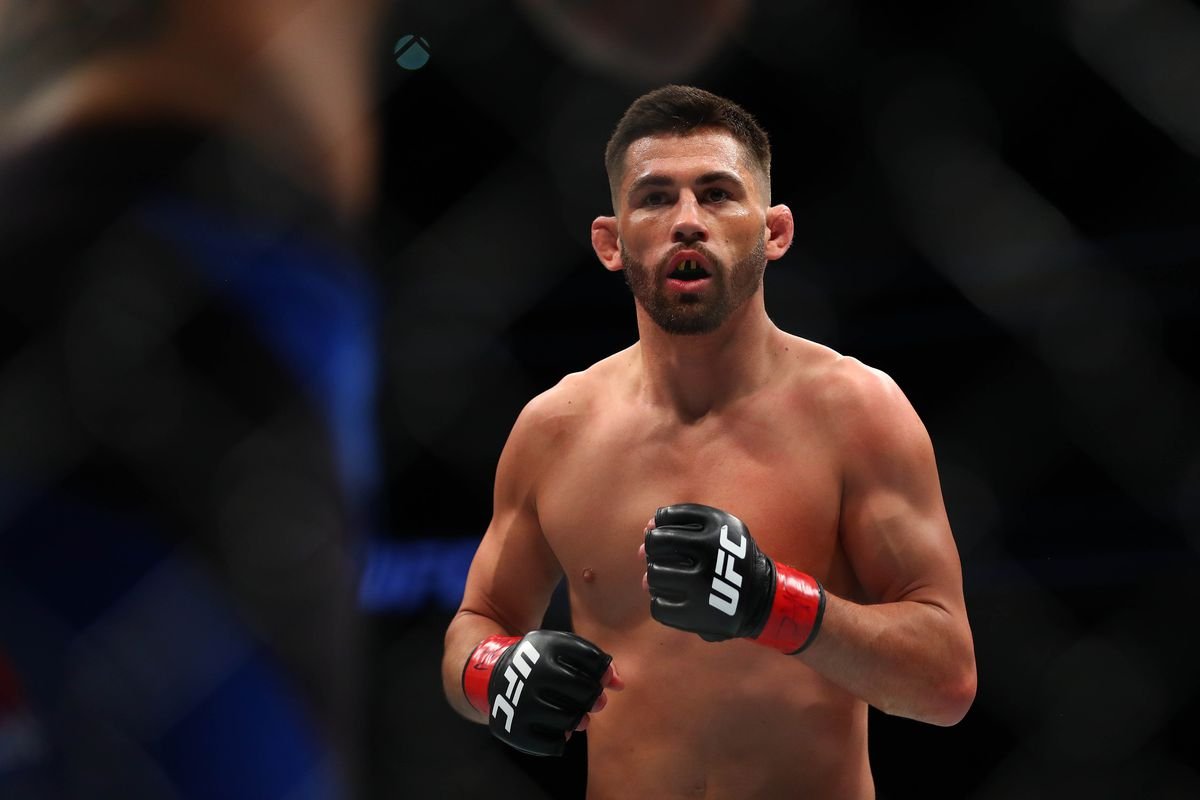 Dominick Cruz(22-2 MMA, 5-1 UFC) has been out of action for quite some time now. The last time the American set foot in the octagon was against Cody Garbrandt. A chain of injuries has forced the fighter to the sidelines.

According to multiple reports, Cruz was slated to take on Cory Sandhagen, however, the fight never materialized.

Triple C himself has been out of action since June 2019, when he took on Marlon Moraes and took the win by TKO while headlining UFC 238.

Do you think Cruz will have to step in for Aldo to take on the King of Cringe?